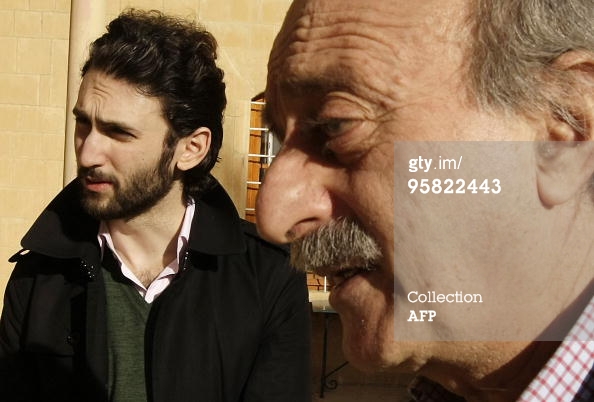 Progressive Socialist Party leader  MP Walid Jumblatt said that he will end his  Parliamentary career at the end of the current parliamentary term and  “is seriously considering not to run for the elections, ” and wants to pave the way for  his son to take over.

“I will be folding my political page and my voting for a new head of state would be my last,” Jumblat said in an interview with the  Asharq al-Awsat daily.

He pointed out that his son Taymour is preparing himself to run for the parliamentary elections and running the affairs of al-Mukhtara ( palace) , the Shouf  region of Mt Lebanon.

“Everything will be announced in its appropriate  time,” Jumblatt stressed

“After 37 years in politics I have had a rich experience, which included some black marks, but it’s up to history  to judge it and to write it… I will not write my own biography… Let others do,” Jumblatt said.

“I am not ashamed… My conscience is clear,” the PSP leader said.

He stressed that he intends to continue as a political observer.

Commenting on the presidential elections he said  that Iran and Saudi Arabia had an important role , adding that there was  a compromise looming to elect a new president, which has not matured yet.

Jumblatt also confirmed again his nomination of MP Henri Helou calling him  the “voice of moderation ” and “good hearted”.

“Henri Helou is one of those good-hearted people, like [former Prime Minister] Salim Hoss, and we need to remind the Lebanese people that the likes of Henri Helou must be given a chance in the future,” he said.

Jumblat told the newspaper that he “accepts” vacuum at the helm of the country’s top Christian post.

“I can provide either March 8 or 14 coalitions with the majority of votes for their candidates but I can’t end the lack of quorum,” Jumblatt said, in reference to the failure of the parliament  to elect a president due to lack of quorum

“There is no vacuum but a vacant presidential post until a settlement is reached… We have a cabinet capable of running the country,” Jumblatt added.