Syrians to make up soon one-fourth of Lebanon

More than one million Syrians — including 520,000 children — are now living in neighboring Lebanon as a result of civil war. And the UN is still registering one person each minute.

Nine million people out of a population of 27 million have been displaced by the war, which has killed at least 150,000 people, and Lebanon has bore the brunt of the 2.5 million who fled the country.

“The influx of a million refugees would be massive in any country. For Lebanon, a small nation beset by internal difficulties, the impact is staggering,” United Nations high commissioner António Guterres said in a statement recently. Lebanon’s population is about 4.4 million.

This deluge of humanity has overwhelmed Lebanon’s schools and public services, strained its economy, and stoked the sectarian and political tensions that continue to fuel the war in Syria. 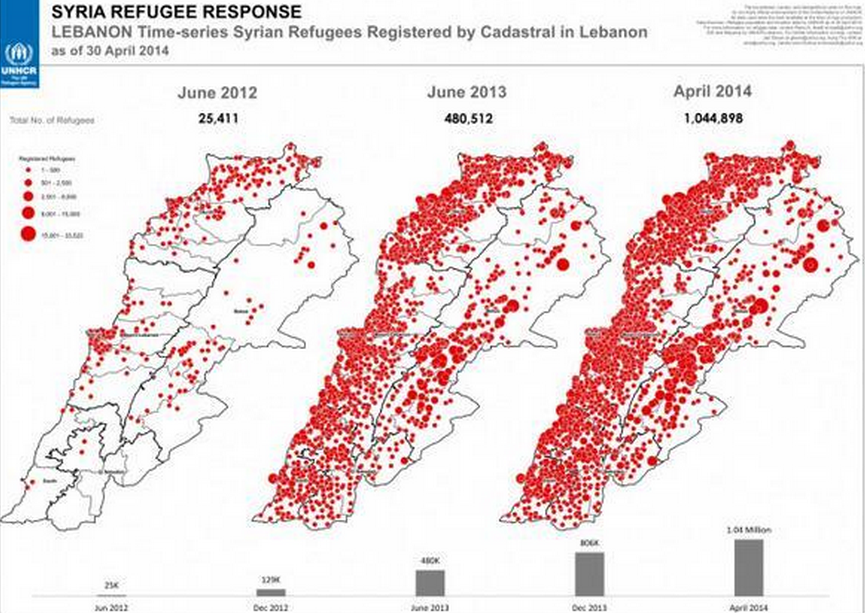 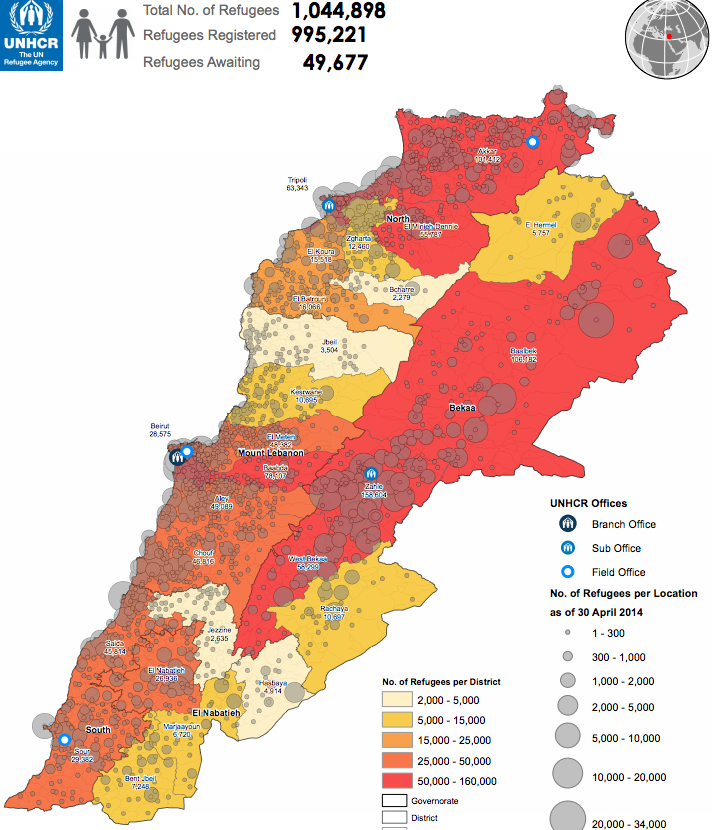 They came from areas that saw heavy fighting, i.e., all over: 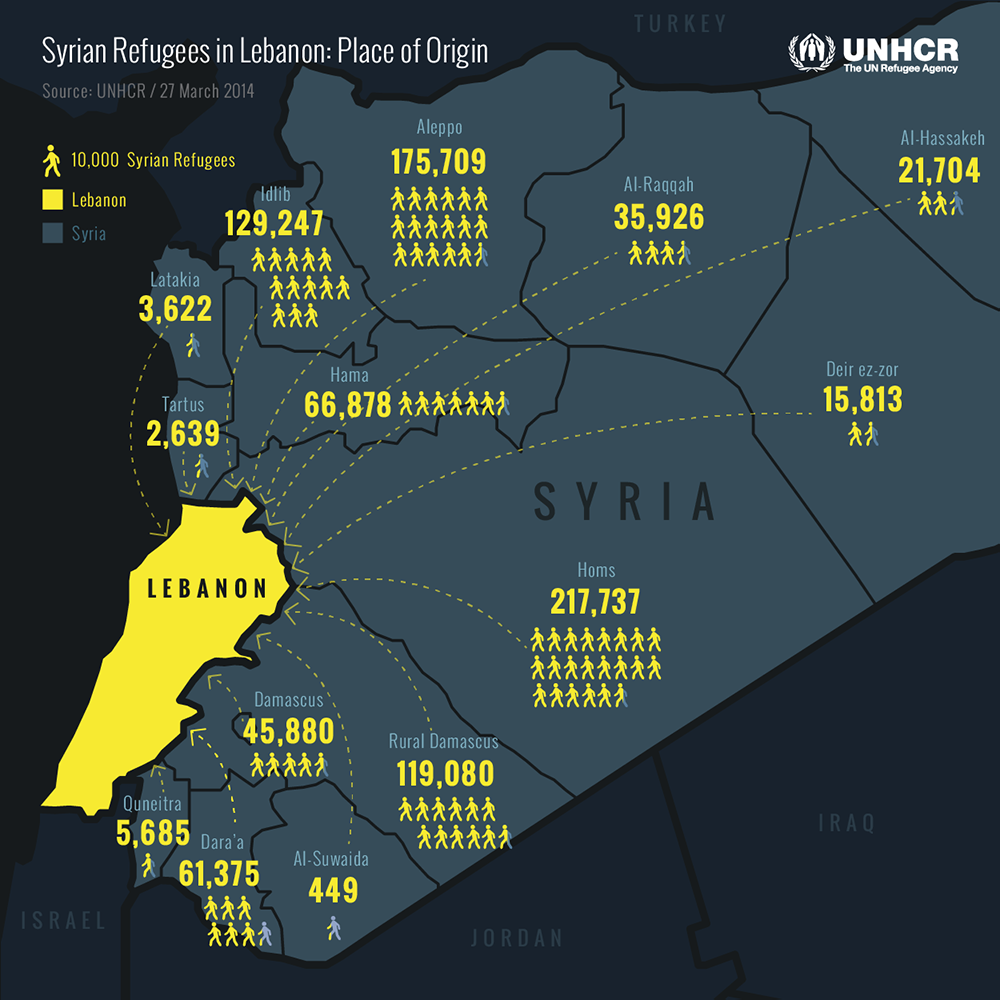