Patriarch want Suleiman’s term extended until a successor is elected 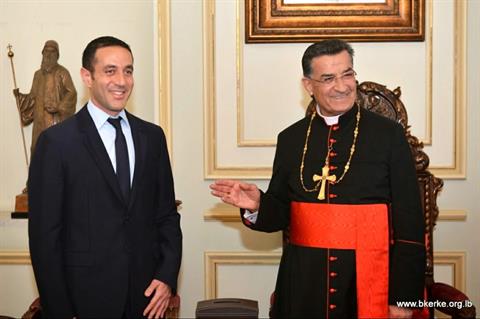 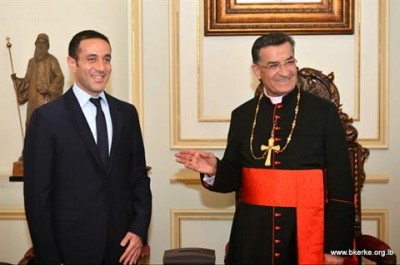 Maronite Patriarch Beshara Rai who is increasingly worried about a presidential vacuum is seeking a constitutional amendment that would keep President Michel Suleiman at Baabda Palace until a new president is elected, sources in Bkirki told Al Liwa newspaper on Monday evening .

“Patriarch Rai is giving lawmakers the choice of either electing a new president on time to avoid a presidential vacuum, or amending the Constitution so that President Suleiman can stay at Baabda Palace until a new head of state is elected,”Al Liwa newspaper quoted a Bkirki source as saying.

Bkirki sources told al Liwa that Rai will not accept the country’s top Christian post to become vacant after Suleiman’s six-year term ends on May 25.

This development comes after Phalange parry MP Sami Gemayel met in Paris with former Prime Minister Saad Hariri and Nader Hariri, the head of the office of the former PM , met Rai in Bkirki.

Gemayel’s father, former president and party leader Amine Gemayel, confirmed the Paris meeting, saying that Hariri emphasized the importance of preserving state institutions and the role of Christians in these institutions.

Speaking to reporters after meeting Rai, Nader Hariri said he was assigned by the head of the Future Movement to consult with the patriarch on the presidential election.

“As a political side, we are worried about a [presidential] vacuum which we do not consider as a normal matter,” he said. “What we are concerned with is that the Christian component remains as a symbol of the country.”

In a bid to prevent a presidential vacuum, Sports and Youth Minister Abdul Mutaleb Hinawi who represents the president in the cabinet also proposed that Suleiman should stay in office until a new president is elected.

Rai’s proposal comes amid mounting fears that the country is increasingly inching toward a power vacuum after the Parliament failed 3 times in a row to elect a new president.

Rai warned Sunday a vacuum would run contrary to the 1943 National Pact and eliminate Christians’ role in the country’s power-sharing system.

Lebanese Forces leader Samir Geagea was able to win 48 votes on April 23, in the first parliamentary session set to elect a new president to replace Suleiman. Centrist nominee Henri Helou won 16 votes while 52 MPs cast a blank ballots, but the legislature failed to reach a quorum amid a boycott by the MPs of the Hezbollah led – March 8 alliance during the April 30 and May 7 sessions.