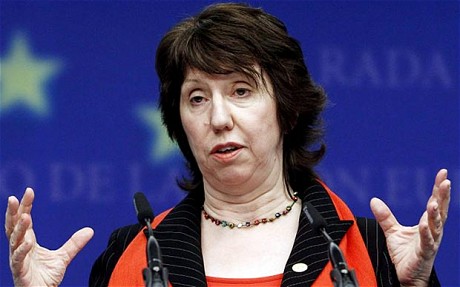 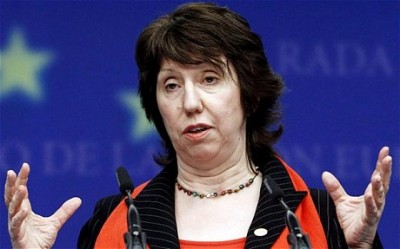 As Middle East peace talks founder, Israeli leaders are bracing for the European Union to resume its effort to put an economic squeeze on Jewish settlements in the West Bank and other disputed territories that the EU considers illegal.

The EU had been working on a guideline that would prevent goods manufactured in settlements from carrying a “Made in Israel” label. The 28-member bloc also had been drafting a list of potential legal risks for European companies doing business in the territories—a list that might cause some to rethink their operations.

Such measures were effectively put on hold when Israeli and Palestinian negotiators began talks last summer, though EU officials say work on them has continued. With the talks now suspended, and the April 29 deadline for extending them past, Israeli officials fear the EU will pick up where it left off.

“We’re already hearing about such initiatives, and we understand that it is in the drawer and waiting for someone to pull it out,” David Walzer, the Israeli ambassador to the EU, said in an interview.

He added, “I hope they understand this can be destructive for the efforts to revive the peace process in the near future.”

Foreign ministers plan to issue a statement on the Mideast talks when they meet in Brussels on Monday. Its tone and content are still being discussed, but one diplomat said it would call on both sides to rededicate themselves to negotiation and re-emphasize the benefits of peace.

Secretary of State John Kerry took the lead in bringing Israelis and Palestinians together for the talks, with European leaders largely on the sidelines. But they have sought to exert economic leverage on Israel through their extensive financial and trade ties.

Shortly before the talks began, for instance, the EU announced guidelines to ensure that no EU funding would go to organizations with links to the settlements, angering Israel.

With the talks under way, the EU promised “unprecedented” economic benefits for both sides if they reached a deal. The U.K. and France, among others, pushed unsuccessfully for the EU to spell out specific benefits, arguing that would increase the EU’s ability to influence a deal.

At the same time, individual countries, including Britain and Denmark, have moved to introduce their own voluntary labeling program for products from the territories.

As the talks hit turbulence last week, Catherine Ashton, the EU’s foreign-policy chief, called on both sides to show restraint. “Negotiations are the best way forward,” Baroness Ashton said. “The extensive efforts deployed in recent months must not go to waste.”

Israeli officials criticized that statement, saying the talks stalled because Fatah, the largest Palestinian faction, announced it was reconciling with Hamas, which the U.S. and EU label a terrorist group.

The Palestinians say Israel was simply seeking an excuse to end the talks.

EU officials say their greatest hope is that negotiations are revived.