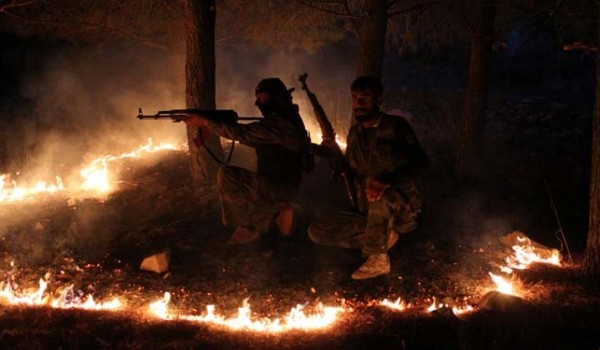 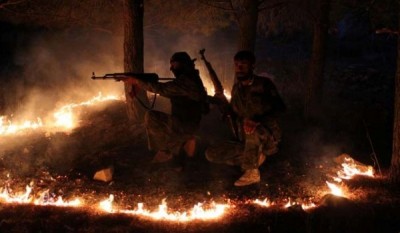 A surge in the number of aggressive al-Qaida affiliates and like-minded groups the Middle East and North Africa poses a serious threat to U.S. interests and allies, the State Department said Wednesday in reporting a more than 40 percent increase in terrorist attacks worldwide between 2012 and 2013.

The department also singled out Iran as a major state sponsor of terrorism that continues to defy demands it prove its atomic ambitions are peaceful even as Washington pursues negotiations with Tehran over its nuclear program.

In its annual global terrorism report, the department said that losses in al-Qaida’s core leadership in Pakistan and Afghanistan “accelerated” the network’s decentralization in 2013. That has resulted in more autonomous and more aggressive affiliates, notably in Yemen, Syria, Iraq, northwest Africa, and Somalia, it said.

“The terrorist threat continued to evolve rapidly in 2013, with an increasing number of groups around the world – including both AQ affiliates and other terrorist organizations – posing a threat to the United States, our allies, and our interests,” according to the strategic assessment of the “Country Reports on Terrorism.”

The report identified a 43 percent increase in the number of terrorist attacks in 2013 from 2012, according to statistics provided by the National Consortium for the Study of Terrorism and Responses to Terrorism.

Despite the spike in the number of attacks, the report pointed out that nearly half of them caused no fatalities and 53 percent caused no injuries.

The most lethal attacks in 2013 were conducted by the Taliban in Afghanistan, the Pakistani Taliban, Nigeria’s Boko Haram, al-Qaida in Iraq, al-Qaida in Islamic State of Iraq and the Levant and al-Qaida in the Arabian Peninsula, according to the report.

“While the international community has severely degraded AQ’s core leadership, the terrorist threat has evolved,” it said. “Leadership losses in Pakistan, coupled with weak governance and instability in the Middle East and Northwest Africa, have accelerated the decentralization of the movement and led to the affiliates in the AQ network becoming more operationally autonomous from core AQ and increasingly focused on local and regional objectives.”

Those groups have subsequently taken advantage of conditions on the ground “to broaden and deepen their operations,” it said, noting deadly attacks against religious pilgrims in Iraq, hospital staff and patients in Yemen by al-Qaida in the Arabian Peninsula and a popular shopping mall in Kenya last year by the Somali-based al-Shabab organization.

In addition to spurring more and deadlier activity, al-Qaida’s decentralization has led to its affiliates increasing their financial independence from the core by staging a growing number of kidnappings for ransom and other crimes, like extortion and credit card fraud, the report said. It said the Yemeni affiliate and al-Qaida in the Islamic Maghreb, which is active in North Africa, have become “particularly effective” at such activities.

And, it said, 2013 saw groups like these boost their presence on social media platforms, although with mixed results, as various online voices often led to “confusion and contradictions” in their messaging. Nevertheless, it said, the wider audience reached through new media compounds the extremist threat.

The report also pointed out a “worrisome trend” in that a significant amount of terrorism in 2013 was sectarian in nature, especially in Syria, Lebanon, and Pakistan.

It noted that thousands of al-Qaida inspired extremists flooded into Syria to join that country’s civil war, ostensibly to protect Sunni Muslims from Syrian President Bashar Assad’s Alawite-dominated government. Despite divisions among themselves and with al-Qaida leader Ayman al-Zawahiri, these groups, including al-Nusrah Front and the Islamic State of Iraq and the Levant remain a serious threat, the report said.

At the same time, Iran and the radical Lebanon-based Hezbollah movement stepped up the provision of critical support to Assad, “dramatically bolstering” his capabilities and exacerbating the conflict, it said.

On Iran, which has been designated a “state sponsor of terrorism” by the United States since 1984, the report said Tehran last year persisted in supporting Palestinian terrorist groups, boosted its presence in Africa and tried to smuggle weapons to separatists in Yemen and Bahrain.

Tehran used the al-Quds Force of its Islamic Revolutionary Guard Corps as its “primary mechanism for cultivating and supporting terrorists abroad” with the intent of destabilizing the Middle East and fomenting anti-Israel attacks and sentiment, it said.

While it continued to sponsor terrorism, Iran also remained a concern for the proliferation of weapons of mass destruction, the report said.

Despite ongoing negotiations with world powers to address concerns about its nuclear program, Iran remains in violation of international demands to come clean about its intentions and prove it is not trying to develop atomic weapons, it said.

Along with Iran, the 2013 report identified Cuba, Syria and Sudan as “state sponsors of terrorism,” designations that remain unchanged from last year.