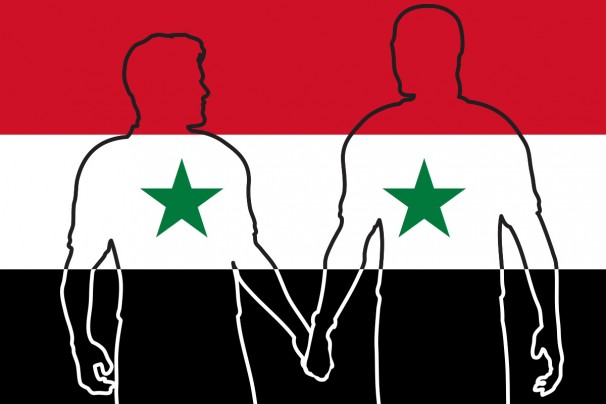 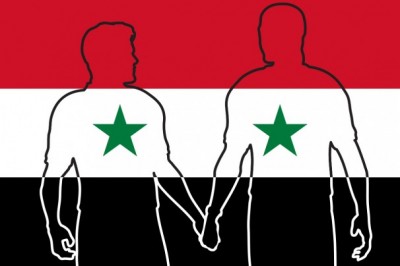 A 26-year-old mobile technician and taxi driver from Aleppo was kept for 23 days in an ice cream factory-turned-detention center, where he was physically and verbally abused. He’d been picked up at a checkpoint by the Syrian Islamic Liberation Front and accused of working for the regime. While detained, he witnessed the execution of two prisoners charged with blasphemy, and he feared that would be his fate. But his father, who is from a “prominent tribe,” paid to have him released and helped him flee to Lebanon.

That was before his family knew. When his former captors outed him as gay, his father called him in Beirut and threatened to find and kill him. His brother, who had joined the Islamic Front, threatened to kill him, too. With no one to turn to, he sought the protection of the United Nations refu­gee agency. He lives every day in fear.

In Syria’s savage war, it seems incongruous to single out the experiences of one group. Yet many gay men there face a double threat: They’re being persecuted by the Syrian army and by militant groups while their families often reject them, or worse.

Of course, the war did not bring homophobia to Syria. Gay men there have long been the target of “honor killings,” as they are considered a disgrace to their families. Others have been imprisoned on the basis of Article 520 of the country’s 1949 penal code, which calls for a three-year sentence for “carnal knowledge against the order of nature.” The war has, however, intensified the surveillance, entrapment and public exposure of gay men.

Over two days in February, Human Rights Watch interviewed 19 gay Syrian men who had taken refuge in Lebanon. (Lesbians are more difficult to find in Syria’s closeted culture.) Their stories offer a glimpse of what gay people face while the nation is consumed by violence, with no end in sight.

They described the appalling conditions of Syria’s makeshift prisons, with intense overcrowding — as many as 400 people crammed into a single room — and the frequent use of torture.

Several of the men had been subjected to a particular form of harassment. One couple, identified as gay based on text messages between them, were beaten, referred to pejoratively as “tante” (auntie) and for 10 nights were forced to strip and have sex with each other in front of their Syrian army interrogators, who used chalk to make up their faces. Another man, who used to work in the fashion industry, was abducted by unidentified armed men in an area of Damascus controlled by the Syrian army. He said they similarly referred to him as tante, forced him to strip and raped him.

A 26-year-old told of being blindfolded and handcuffed to a ceiling by unidentified men who said they were affiliated with al-Qaeda and who tried to get him to reveal the names of his gay friends. A 25-year-old tailor was twice detained by Islamists, who also tried to force him to give them a list of his gay friends.

In addition to this abuse, perpetrated by all parties to Syria’s conflict, more than half the gay Syrians whom Human Rights Watch interviewed told painful stories of family rejection, ranging from ostracism to violence — and, in five instances, death threats.

A 22-year-old student was stranded in Beirut when his once-supportive family discovered he was gay. He had to abandon his studies and now relies on a small grant from a charitable foundation for basic necessities. “I can’t find a job, and I can’t go back to university,” he said.

A 38-year-old baker, who left home in 2007 when his family found out he was gay, learned recently that his family gave his name to the Islamist armed group Jabhat al-Nusra. “I know my family will always try to find me so they can kill me,” he said. He is afraid to seek a job in his trade, saying, “I can’t work at a bakery because that’s the first place my family will look.”

A 30-year-old teacher fled to Lebanon after learning that his brother, who had joined an armed opposition group, had killed his partner and was looking for him.

Lebanon represents hope for the resettlement of the most vulnerable Syrian refugees. The ordeal for gay men, though, doesn’t necessarily end at the Lebanese border.

The gay couple we interviewed said they had been in Beirut’s southern suburb of Dahiyeh when armed men dressed in black beat them. “Instead of coming to Lebanon to be gay, go fight in your country,” they were told before being evicted from their temporary lodgings.

Lebanon has taken steps to strengthen a human rights culture in the past few years, including establishing a human rights department in 2008 and a committee to monitor treatment in prisons in 2011. But these bodies wield no effective authority, and have no investigative powers, so abuses continue. And people suspected of homosexuality are still prosecuted under a law similar to the one in Syria.

Humanitarian assistance providers and the Lebanese government, with the support of international donors, must make sure gay Syrian refugees are receiving basic levels of assistance and protection. For gay Syrians, there is no going back, but there are no clear markers on the road ahead.