Iran replaces its Ambassador to Lebanon 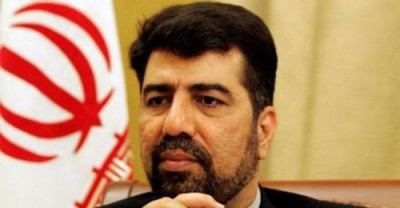 Iran has appointed a new Ambassador to Lebanon to replace Ghazanfar Rokn-Abadi according to a a report by Central News Agency CNA.

CNA did not report why the Iranian envoy is being replaced.

The growing involvement of Hezbollah and Iran in the Syrian civil war has negatively affected their political reputation within Lebanon, with opposition forces openly accusing them of risking Lebanon’s being dragged into the Syrian quagmire. Iran’ Revolutionary Guards created Hezbollah in 1982 in Lebanon.

According to a 2012 Pew Global Attitudes Survey, 39% of Lebanese people viewed Iran favorably, compared to 61% which viewed it unfavorably; 62% of Lebanese oppose Iranian acquisition of nuclear weapons, 57% consider a nuclear-armed Iran a threat, and 74% approve of “tougher sanctions” on Iran, while 46% support use of military force to prevent Iran from developing nuclear weapons.