Helou distancing himself from Jumblatt 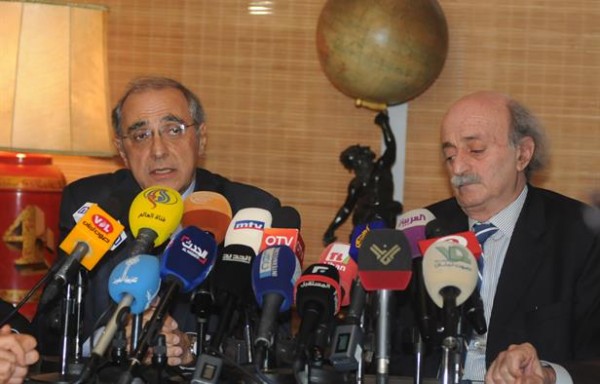 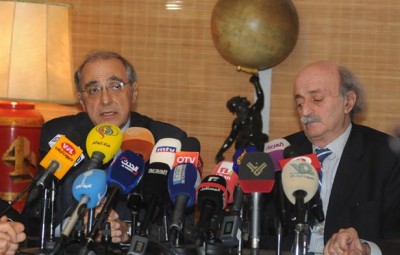 MP Henri Helou who was nominated by Progressive Socialist Party leader Walid Jumblatt as as Presidential Candidate denied that he represents the interests of PSP leader and praised the first round of Lebanon’s ongoing presidential elections on Wednesday “democratic” and “100% Lebanese.”

“I am not Walid Jumblatt’s candidate, or a Trojan horse, as certain [writers] in the press have circulated,” Helou told Kuwaiti daily As-Seyassah in an interview published Saturday.

Helou who is trying to present himself as a consensus candidate to attract the Hezbollah led March 8 alliance went on to praise the results of Wednesday’s electoral session, and called the casting of a large number of blank votes by the March 8 alliance “democratic.”

The candidate who is trying to distance himself from Jumblatt defended the casting of blank ballots by March 8:

“The March 8 team chose voting with blank ballots over not [providing] a quorum [for the session,] and that was a democratic expression and democratic behavior, even if it is not agreeable.” He stressed.

According to An Nahar sources 4 MPs from Speaker Nabih Berri’s bloc voted for Helou.

According to observers Berri , who is a key member of March 8 alliance called in a hurry for an April 30 electoral session for fear that if a second round was held on April 23 Lebanese Forces leader Samir Geagea could possibly muster the required 65 votes to win.