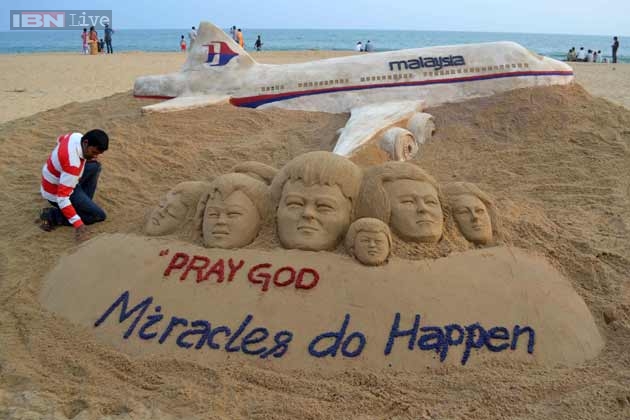 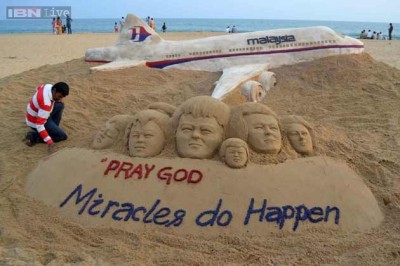 Malaysia Airlines Flight 370 soared to near its peak altitude after drastically changing course, a senior Malaysian aviation source said — adding yet another wrinkle to the enigma of the plane’s last flight .

Before disappearing from radar screens on March 8, the commercial airliner deviated from its planned route from Kuala Lumpur to Beijing by turning leftward over water while it was still inside Vietnamese airspace, the Malaysian aviation source told CNN’s Nic Robertson.

The aircraft then climbed to 39,000 feet, just short of the Boeing 777-200ER’s 41,000-foot safe operating limit, and maintained that altitude for about 20 minutes over the Malaysian Peninsula before beginning to descend, the source said.

Why? That and so much else — including where the plane is now — remains a mystery. Investigators have been trying for weeks to piece together bits of information trying to get the answers being demanded by relatives of the 239 people aboard the plane, not to mention millions more around the world who have been captivated by this ordeal.

In addition to this newly revealed development, investigators have determined that the missing jet was equipped with four emergency locator transmitters, or ELTs, which are designed to transmit a plane’s location to an emergency satellite when triggered by a crash or by contact with water, the source added.

The ELTs were at the plane’s front door, its rear door, in the fuselage and in the cockpit, said the source, who was puzzled over why they appear either not to have activated or, if they did activate, why they were not picked up by the satellite.

Relatives of the 239 passengers and crew have raised questions about the ELTs with Malaysian authorities, suggesting there were at least three aboard the plane, including two portable units and one fixed device.

Malaysia Airlines has declined to answer CNN’s questions about the ELTs and other matters pertaining to the flight, which vanished six weeks ago after taking off shortly after midnight from Kuala Lumpur, Malaysia.

The airline said it could not comment on “any questions that relate to information held by other authorities and/or fall under the jurisdiction of the ongoing investigation. …”

Besides this probe, the plight has spurred an expansive, expensive search to find the aircraft.

On Friday, an underwater drone went to the bottom of the Indian Ocean on its sixth trip looking for the missing jetliner.

During its first four missions, the drone searched about 42 square miles (110 square kilometers). On that fourth mission, it reached a record depth of 15,404 feet (4,695 meters), the Navy said. Pushing that limit “does carry with it some residual risk to the equipment,” which is being monitored closely, it said.

None of the underwater searches — so far — have yielded a breakthrough.

Officials might consider searching along a large portion of sea highlighted by a partial digital “handshake” between the jetliner and an Inmarsat PLC satellite, said Martin Dolan, Australia’s top transport official.

But this might not be the case for much longer, as officials say searches from air and ships are probably nearing an end.

That did not surprise former U.S. National Transportation Safety Board Managing Director Peter Goelz. “There’s a lot of resources being expended there; it’s turned up nothing,” he said.

But he predicted the underwater search would continue for the six to eight weeks needed to cover the current search zone. If that turns up nothing, he predicted, towed array sonar probably would be used to search a wider zone.

“This is a very complex operation,” ocean search specialist Rob McCallum said. “It’s going to be a game of patience now.”

The continuing search efforts came as relatives of the people who were aboard the jetliner pressed for answers.

They have drawn up 26 questions that they want addressed by Malaysian officials, who are to meet with them next week in Beijing. Most of the Flight 370 passengers and crew were Chinese.

Among their questions: What’s in the flight’s log book? Can they review the jet’s maintenance records? Can they listen to recordings of the Boeing 777 pilot’s conversations with air traffic controllers just before contact was lost?

Hishammuddin has defended his government’s handling of the operation and accused members of the news media of focusing on the Chinese families. He said relatives of passengers and crew from other nations represented have not had problems.

“The most difficult part of any investigation of this nature is having to deal with the families,” he said.