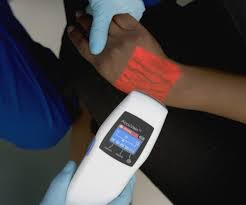 These days, when you check out of a grocery store, your toughest choice might be cash or credit.

But in a few years, or 20, there may be no need to carry dollar bills, credit cards, or stacks of cash.

What if there was no register when you walked into a store? Maybe something else you’re carrying, like a watch or phone with a ring emitting signal can be your currency.

It might sound like the stuff of science fiction but futurist and social scientist Heather Schlegel says it’s not.

“And so, rather than having to wait in a line, or the time to actually pay, you can just be like, ‘Boom. That’s was I want’ really fact and like be able to leave really quickly and know that it might be secure too,” Schlegel says.

Social media sites like Facebook already have algorithms to recognize faces in photos. Schlegel sees a time when store cameras may also utilize similar technology so companies will know when you’re in stores.

“This might sound really creepy or scary, and in some ways it is a little bit, but if it allows us to kind of go to a store and they know who we are and what we always kind of normally like to buy or what we might like to buy, it makes it much easier to reduce fraud. Someone can’t impersonate you, Schlegel says.

And, are you ready to pay with your veins?

Schlegel says that a new payment system is already undergoing a test in Sweden. The biometric machine looks at a user’s veins to identify them.

It’s called Quixter. It allows a user to place their hand over a reader that identifies the patron via their unique vein patterns.

It is being used by 15 retail stores and dining establishments around Lund University.

After that they can pay via vein-scanning. The company claims the payment process takes less than five seconds.