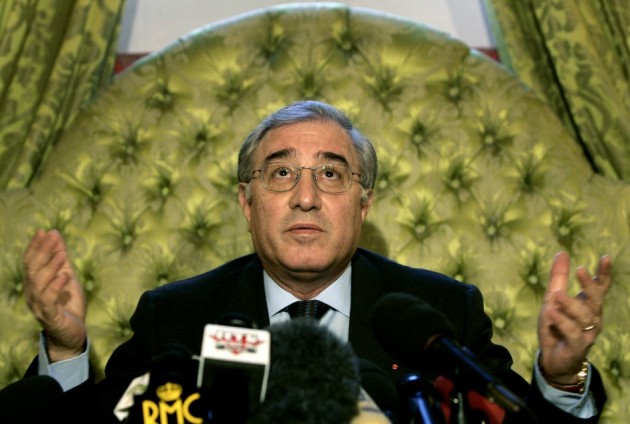 Beirut police on Saturday picked up a long-time political ally and friend of former Italian prime minister Silvio Berlusconi after he was declared a fugitive earlier this week.

A Palermo court said on Friday that former senator Marcello Dell’Utri, who co-founded Berlusconi’s Forza Italia party in 1994, was considered a fugitive ahead of a final verdict in a trial for mafia collusion, due on Tuesday.

“He was captured and is now in a Lebanese police office,” Interior Minister Angelino Alfano, a former Berlusconi ally who broke with the centre-right leader last year, said on the sidelines of a political rally in Rome.

The 5-Star Movement and another opposition party had called for Alfano’s resignation after police lost track of Dell’Utri.

“His capture was obviously connected to an extradition procedure that the Italian government, through the justice ministry, will activate immediately,” Alfano added.

An arrest warrant dated April 8 obtained by Reuters said Dell’Utri’s cell phone had been detected in Beirut on April 3, and that he had departed from Italy in mid-March.

But Dell’Utri, in a statement issued through his lawyer, Giuseppe Di Peri, responded on Friday that he had left the country for medical tests and some rest after undergoing an angioplasty a few weeks ago. He did not say where he was.

On Saturday, Di Peri said he had not spoken with his client since he was taken into custody, but that he expected Italy would request extradition and said that Dell’Utri would likely have to hire a Lebanese lawyer to assist him.

A year ago, a Palermo appeals court convicted the 72-year-old Dell’Utri of acting as a go-between for the Sicilian Mafia and the Milan business elite, including Berlusconi’s companies, until 1992 and sentenced him to seven years in prison.

Dell’Utri, who denies any wrongdoing, appealed to the country’s highest court.

In accordance with Italian law, the Sicilian-born Dell’Utri was free as he awaited the final ruling. If it is upheld, he would have faced immediate arrest.

In the statement issued on Friday, Dell’Utri said he was confident that the high court would rule in his favour, adding that it was not his intention to hide from the verdict.

Dell’Utri and four-time prime minister Berlusconi, 77, have been friends since they attended university together in Milan in the early 1960s. Berlusconi is not a defendant in the trial.

Dell’Utri ran the advertising company in Berlusconi’s media empire from 1984 to 1995, and became a key adviser when Berlusconi entered politics two decades ago, helping him to establish his own political party from scratch.

Both Berlusconi and Dell’Utri have been dogged by legal troubles for most of their political careers, and both accuse magistrates of persecuting them for political reasons.