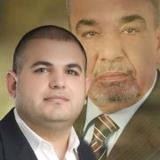 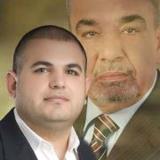 The military judiciary issued on Thursday an arrest warrant in absentia against Arab Democratic Party politburo chief Rifaat Eid days after he was charged with belonging to an armed group, possession of arms and inciting sedition, media reports said.

On Saturday, State Commissioner to the Military Court Judge Saqr Saqr charged 12 Lebanese, including Eid, with seeking to carry out terrorist acts and involvement in gunbattles between the rival neighborhoods of Jabal Mohsen and Bab al-Tabbaneh in the northern city of Tripoli.

The state-run National News Agency also reported that Saqr charged 15 Lebanese and Syrian suspects in the case of Eid.

He also charged 14 others from Bab al-Tabbaneh, including one apprehended suspect, with belonging to an armed group, undermining the state’s authority and assaulting civilian and military institutions.

Ten suspects, including Eid, are fugitives and only one Lebanese suspect was apprehended.

Security forces kicked off last week a security plan in Tripoli, seizing arms depots and detaining wanted suspects, who are involved in security chaos in the area.

Even in this deployment, top wanted men fled, including Rifaat and his father, after they were given a warning of the implementation of the plan.