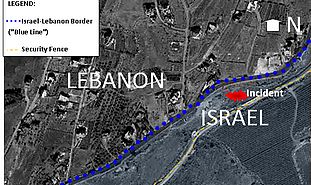 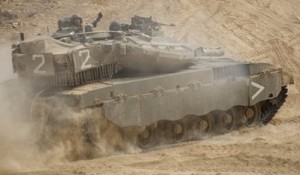 Two Israeli tanks crossed the electronic fence in the southern Qatmoun region on Tuesday, while gunshots were heard near the town of Rmeish.

“Two Merkava tanks crossed the electronic fence in the Qatmoun region to the south of Rmeish,” the state-run National News Agency said.

The NNA noted that the tanks stayed for over two hours on agricultural lands in the village before leaving.

Meanwhile, gunshots were heard on the other side of the border facing Rmeish as Israeli troops were holding military drills.

“At the same time, Israeli warplanes violated the Lebanese airspace over the central sector, while a reconnaissance aircraft flew over (the southern regions of) Bint Jbeil and Marjeyoun,” according to the same source.

This Israeli activity comes one day after Sayyed Hassan Nasrallah claimed Hizbullah’s responsibility for an attack on an Israeli military patrol in the occupied Shebaa Farms area last month.

Nasrallah explained that the roadside bomb ambush was carried out by the group’s fighters in response to an Israeli raid in February on one of its positions in an area near the Lebanese-Syrian border.