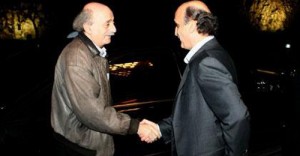 Jumblatt is set to head to Russia’s capital Moscow to discuss the latest developments in Lebanon and the region with senior officials.

According to al-Joumhouria newspaper, French officials briefed Jumblatt, who is on a private visit to France, the importance of electing a strong president capable of facing the current challenges.

The officials also told Jumblatt that France will exert efforts to guarantee a local consensus among the Lebanese arch-foes regarding the new president.

Last week, the Lebanese Forces executive committee unanimously agreed to back the candidacy of LF chief Samir Geagea to the presidency.