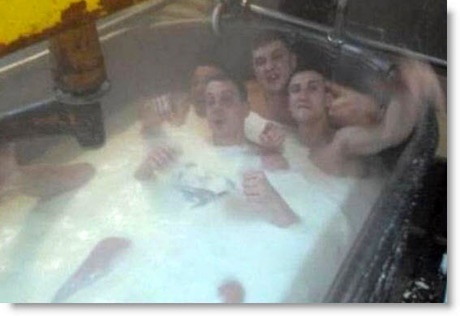 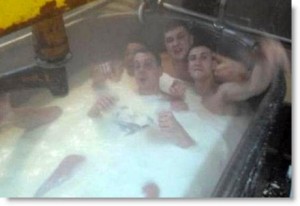 Russia on Friday launched a criminal investigation into breaches of hygiene at a cheese factory after footage of bare-chested workers bathing in vats of milk went viral on the Internet.

“It has already been established that the liquid that the factory workers were bathing in was the raw milk that was used for making the cheese,” the investigators said in a statement.

The Investigative Committee announced it was probing the factory in the Siberian city of Omsk for producing food that could cause harm to health after photographs of grinning workers bathing in foaming milk horrified Russians.

The scandal broke after a worker at the Omsk Cheeses factory posted the photographs on a social networking site with the caption: “Actually our work is pretty boring.”

Russia’s food watchdog banned the factory’s cheese late last month and a court on Thursday closed down the factory for 40 days.

The factory had sold more than 49 tons of its cheese this year in 14 cities, the Investigative Committee said. It specializes in string cheese.

If charged and found guilty of producing food that was unsafe for human consumption, the factory’s managers could be jailed for up to two years.