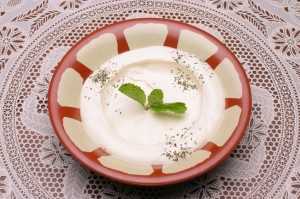 He referred the case to General Prosecution after confirming reports that Natamycin was found in labneh and after manufacturers admitted to using it.

Adding Natamycin to labneh is a violation of Lebanese standard specifications in the production of strained yogurt.

The case will be referred to the General Prosecution in order to take the necessary measures against those found to be involved in this issue.

Industry Minister Hussein al-Hajj Hassan had demanded during a press conference last week that manufacturers adhere to the standard specifications in the making of dairy products.

Labels of the product details and ingredients should be placed on their packages, he explained.

Natamycin is used in cheese products, but there are no studies that indicate whether it is harmful should it be used in the amounts that were found in local labneh products.

The results of tests conducted by the UFAG Swiss lab and obtained by the Heath Ministry confirmed the presence of Natamycin in labneh products of the Dairy Khoury and Dairy Day companies.