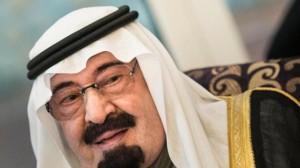 Jakarta called Monday for a Saudi family to accept a substantial payment and halt the impending execution of an Indonesian maid on death row in the kingdom for murder.

Under Islamic sharia law followed in Saudi Arabia, the family of a victim can settle for “blood money” instead of an execution.

However Indonesian Deputy Foreign Minister Wardana told reporters that contributions from the government and maid protection groups had not raised the required seven million riyal ($1.9 million), but only four million.

If the execution of Satinah Binti Jumadi Ahmad goes ahead, it could set back attempts by Indonesia and Saudi Arabia to mend ties damaged by the 2011 beheading of an Indonesian maid, who was also guilty of murder.

Saudi Arabia is the world’s biggest destination for Indonesian maids, with around one million in the ultra-conservative kingdom.

Officials in Jakarta expect Ahmad, sentenced to death in 2011 for murdering her employer’s wife and stealing money, to be executed in early April unless the victim’s family accepts the money offered and forgives her.

“It is now in the hands of the victim’s family,” said Wardana, who like many Indonesians goes by one name, appealing for them to accept the lower payment.

The Indonesian government had already succeeded in getting the execution delayed five times in the two and a half years since her conviction, officials said.

Indonesia placed a moratorium on sending new maids to Saudi Arabia following the beheading but the countries took a step towards overcoming their differences with the signing of an agreement last month to give maids in the kingdom better protection.