The Lebanese Ministerial Statement must stop reinventing the wheel.

by Ghassan Karam
659
by Ghassan Karam Many things in life are taken for granted and need not be expressly mentioned and redefined at every turn. Freedom, liberty, self determination and by extension the right to be free
Share: 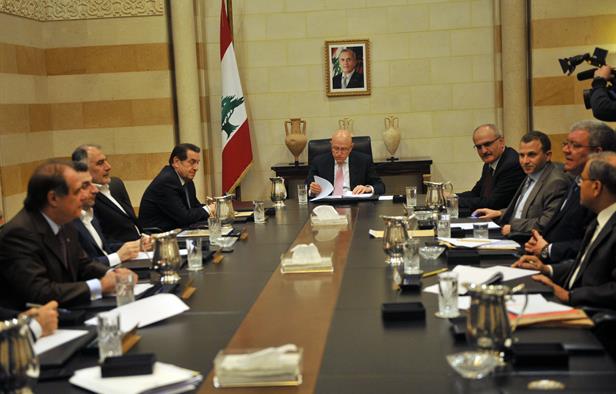 Many things in life are taken for granted and need not be expressly mentioned and redefined at every turn. Freedom, liberty, self determination and by extension the right to be free i.e. to resist occupation, injustice, exploitation and dictatorship are among these concepts. These ideas are intrinsic, natural and inalienable. They cannot be taken away.

Unfortunately there is a propensity in Lebanese politics to assume that whenever two parties have a different way of interpreting an idea then the solution is to be “creative” by coming up with a statement that expresses allegiance and support to both interpretations that are exact opposites. This is what I shall call the tendency to seek a solution through a superficial application of the formula of “No winners, No losers” ( La Ghaleb wa La Maghloub).   But it should be obvious that such a formulation is pure sophistry. It alleges that both parties are right and that no compromise is necessary despite the fact that each idea is the negation of its counterpart.

A popular and basic idea in economics is attributed to an Italian by the name of Pareto. Pareto Optimality is roughly defined as that allocation when the only way to give Pete is to take away from Paul. If it so happens that the welfare of Ali may be improved without impinging on that of Mustafa then we should definitely do so but once we are at the stage where improving the welfare of one implies taking away from the other then we run into the problem of winners and losers. In that case an action is justified once the gains of one side more than compensate for the loses of the other. But, and that is important, the solution is not predicated on a pretense that there are no winners and no losers. Very often in life any move beyond the naive Pareto Optimality involves winners and losers.

The right to resist is an idea that has strong support all across the globe and across all institutions of world governance. Whether it is the idea of democracy, freedom of the individual, de-colonization, Universal Declaration of Human Rights or International Law ;just to name a few major international venues; these seminal ideas favour the right to resist. But then one might ask who is this right given to?  Well, that is an easy question since government in a democracy derives its power to rule from the consent of people who have elected it to rule on their behalf. There ought to be no subsidiarity between the state and its citizens as both are but one. The state derives its power and legitimacy from the people who agree to let it rule on their behalf. That is especially true when it comes to the monopoly of violence and the right to make war and peace. Unless such prerogatives are monopolized by the state then chaos would be the outcome and vigilantism would become dominant. That kind of a society would be an invitation to an n arrangement where no uniform laws are applied to the populace. It would be nothing but an arrangement based on exceptionalism and favouritism derived from the ability of each group to deny the power of the state and replace that by its own illegal militias. That comes very close to a Hobbesian rule of the jungle.

So what can we infer from the above?  A cabinet is not chosen every once in a while to redefine the essential rights and principles on which the state is built. The rights of citizens, international obligations and the right to declare war and peace are already spelled out defined and adopted. It would be counterproductive to attempt to revisit and redefine such principles as if each group is entitled to its own laws and interpretations. In that case there would be no rationale for a government. The power of the state cannot be qualified in such a way as to incorporate challenges to its power. Resistance belongs to the state that is an expression of the people. If and when the state is no longer deemed to be a representative of the wishes of its constituents then the citizens would vote it out of office .The right to resist belongs to all, it is universal and cannot be appropriated by any group at the expense of others. There is no exclusivity in resistance and thus the matter ought to be assumed to be true at all times. There is no benefit from treating this seminal right as an exclusionary one and above all there is nothing to be gained by pretending that a problem does not exist since the patient has been given a palliative. Honesty and courage demand that we stop playing superficial games that do not treat the root ailment. We have the obligation to note that a position and its negation cannot coexist within the same healthy body. We either have a state or we do not.