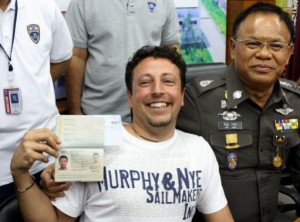 Interpol said Sunday that no country checked the police agency’s database that held information about two stolen passports used to board an ill-fated Malaysia Airlines flight. >

“Whilst it is too soon to speculate about any connection between these stolen passports and the missing plane, it is clearly of great concern that any passenger was able to board an international flight using a stolen passport listed in Interpol’s databases,” Interpol Secretary General Ronald K. Noble said in a statement.

Even though the Interpol has been sounding the alarm about passport fraud for years, people have managed to board flights a billion times without having their passports checked against its stolen-documents records, Interpol said.

In a sharply worded criticism of shortcomings of national passport controls, the Lyon, France-based agency also said it was examining other suspect passports and working to determine the true identities of the passengers who used the stolen passports to board the Boeing 777 that disappeared Saturday — less than an hour after taking off from Kuala Lumpur, Malaysia, for Beijing. 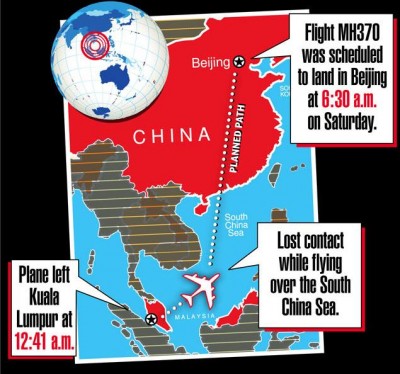 Information about the thefts of an Austrian passport in 2012 and an Italian passport last year was entered into Interpol’s database after they were stolen in Thailand, but that no checks of the stolen passports were made “by any country” before the flight Saturday, the police body said. “Unfortunately,” it added, few member countries systematically search its databases to see whether stolen travel documents or passports were being used by passengers.

In an interview with The Associated Press in January 2010, Noble had warned that “the greatest threat in the world” was that at the time, a half-billion international air arrivals worldwide took place in which travel documents were not compared against Interpol databases. Some countries have woken up to the threat more than others: In 2006, U.S. authorities scanned the database about 2,000 times — but did so 78 million times just three years later.

For years, Interpol has asked why countries would “wait for a tragedy to put prudent security measures in place at borders and boarding gates,” Noble said Sunday. “Now, we have a real case where the world is speculating whether the stolen passport holders were terrorists, while Interpol is asking why only a handful of countries worldwide are taking care to make sure that persons possessing stolen passports are not boarding international flights.”

Noble said he hoped “that governments and airlines worldwide will learn from the tragedy of missing flight MH 370 and begin to screen all passengers’ passports prior to allowing them to board flights.”

Top Photo: Safe and sound: Italian Luigi Maraldi, left, whose stolen passport was used by a passenger boarding a missing Malaysian airliner, shows his passport as he reports himself to Thai police Lt. Gen. Panya Mamen, right, at Phuket police station in Phuket province, southern Thailand Sunday, March 9, 2014. Maraldi spoke at a police news conference in the Thai resort of Phuket, where he showed his current passport, which replaced the stolen one, and expressed surprise that anyone could use his old one. (AP Photo/Krissada Muanhawang)