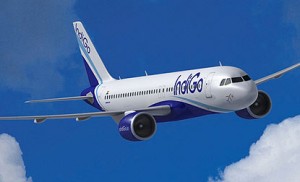 An Indian jetliner caught fire while landing in Nepal’s capital on Saturday, but there were no casualties reported among the 170 people on board, officials said.

The right wheels of the Airbus 320 caught fire while landing in Katmandu after a flight from the Indian capital of New Delhi, said Rishikesh Sharma, head of Tribhuwan International Airport.

As the plane was landing, passengers complained of a “rubber burning-like smell,” said Nepalese businessman Satish Shrestha, who was aboard the flight, which was operated by budget airline Indigo.

Passengers were quickly evacuated through emergency doors, while emergency workers quickly put out the flames.

Officials refused to give further details while they were investigating the incident.

India is one of the fastest-growing aviation markets in the world, averaging about 11 percent growth a year, according to the U.S. Trade and Development Agency. However, its air safety rating was downgraded in January by the U.S. Federal Aviation Administration over concerns about safety, pilot training and other issues.

The move — dropping India to the lower of two safety categories — effectively blocked Indian airlines from increasing flights to the U.S. or entering new code-sharing arrangements with American carriers.

India’s Civil Aviation Ministry said that it had started training programs, and that it should be in line with the FAA’s Category 1 standards this month. The FAA also wanted to see better safety documentation and full-time flight inspectors.