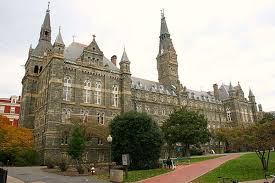 “I have also been raising question and exclamation marks regarding this project and its true goals,” the PSP leader said in a statement issued Wednesday.

“I cannot agree to an unilateral project such as this one.” He stressed

The PSP leader criticized the program’s classification of Druze as a minority, saying that his co-religionists played out their “national and Islamic role” and struggled to achieve “integration into their wider environment.”

He also warned against a deviation of the aforementioned academic project into new directions that would not fit in with realities experienced by the Druze communities across the Middle East.

“I would like to inform public opinion that this project is a surprising one, not to say a suspicious one, at this crucial time. I therefore call for a reconsideration of the project.”

It is not clear why Jumblatt is opposing this Post-Doctoral Fellowship , specially because it was was established thru a “generous” grant from the American Druze Foundation, according to Georgetown University Center for Contemporary Arab Studies (CCAS).

The announcement by CCAS says “The fellowship’s aim is to promote specialized academic research on Arab minorities generally, and on the Druze communities centrally and primarily. The purpose of the fellowship is to promote the production of specialized knowledge about the Druze and Arab minorities in the disciplines of history, political science, sociology, economics, anthropology, and archaeology. The Post-Doctoral Fellowship in Druze and Arab Minorities Studies will concentrate on the political, economic and sociocultural affairs of the Druze and other Arab minorities, within or without the Arab world. It cannot be used to support research that relates essentially to matters theological or religious in scope and nature.”

The main goal of The American Druze Foundation (ADF), which was was established in 1989 is to” raise funds to sponsor programs designed to introduce and preserve the richness of the Druze culture and religious traditions amongst American Druze and other Americans”, according to its website.