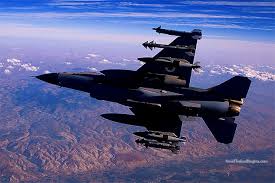 Hezbollah said Wednesday that Israel carried out an airstrike targeting one of its positions near the border with Syria earlier this week, vowing to retaliate.

The attack, which Israel has not acknowledged, is the Jewish state’s first reported air attack inside Lebanese territory since the start of the Syrian conflict three years ago.

The airstrike which occurred Monday night caused material damage but no casualties, according to a statement issued by Hezbollah.

Israel has fired artillery across the border, and carried out similar airstrikes inside Syria targeting suspected weapons shipments believed to be bound from Syria to Hezbollah in Lebanon.

Hezbollah, allied to President Bashar Assad in Syria, has been battling alongside his troops in areas near the border and has lost at least several hundred fighters.

The reported airstrike near the border was initially met with silence by Lebanese and Hezbollah officials who declined to confirm if or where it had happened. But on Wednesday, Hezbollah said the attack took place near the eastern Lebanese village of Janta. It denied media reports that any artillery or rocket positions had been hit or any casualties resulting from the attack.

The porous border is frequently used by fighters and smugglers to move people and weapons between Lebanon and Syria. The area is a bastion of Hezbollah support and the group is known to have several outposts and training camps there. Arab media reports said Hezbollah had suffered casualties, though neither the group nor the Lebanese military confirmed an airstrike had actually taken place.

“We will retaliate for this Israeli aggression, and the resistance will choose the appropriate time and place as well as appropriate means to respond,” Hezbollah said.

The Israeli military declined comment on the Hezbollah claim.

Israel and Hezbollah fought a monthlong war in 2006 that ended in a stalemate. Israeli officials believe Hezbollah has restocked its arsenal with tens of thousands of rockets and missiles, some of which are capable of striking virtually anywhere in the Jewish state.

Although Israel has refrained from taking sides in the Syrian civil war, Netanyahu has repeatedly vowed to take action to prevent Hezbollah from obtaining “game changing” weapons from its ally Syria. Past Israeli airstrikes are believed to have targeted Russian-made anti-aircraft missiles and guided missiles from Iran. Israel has never confirmed the airstrikes.

Lebanese President Michel Suleiman requested Foreign Minister Gebran Bassil to gather all available information on the Israeli strike to file a complaint at the U.N. Security Council, according to local Lebanese media reports.

Hezbollah field trainer Hajji Hassan Mansour, known as Abu Haitham, was reportedly killed Monday in the Israeli raid that targeted the Beqaa area of Nabi Chit, according to a NOW report published on Tuesday, but Hezbollah denied the airstrike caused any casualties .