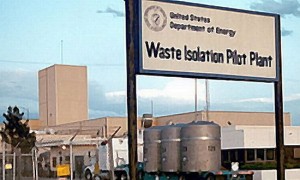 More airborne radiation has been detected in southeastern New Mexico from a leak at the nation’s first underground nuclear waste dump.

The U.S. Department of Energy said Monday the results are from samples collected last week at numerous air monitoring stations at and around the Waste Isolation Pilot Plant near Carlsbad.

The results are consistent with the kinds of waste stored at the plant, but officials say there’s no public health threat.

Waste shipments to the site were halted earlier this month after a truck caught fire underground. Officials say they don’t think the incidents are related.