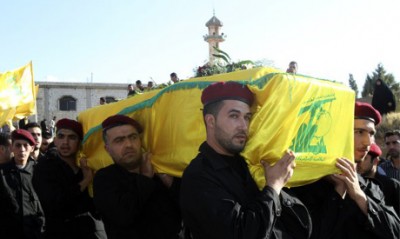 Free Syrian Army ( FSA) sources told al Okaz newspaper in remarks published on Saturday that the rebels opened two new fronts in Qalamoun against the regime forces and the Hezbollah militia which forced the regime forces for retreat.

The sources claimed that the rebels inflicted heavy losses on Hezbollah . Over 200 were reportedly killed and 500 were wounded , some are in very serious condition

The sources added that Hezbollah deployed in Qalamoun several times more fighters than in al Qusair.

They also claimed that they intercepted several calls of Hezbollah fighters which indicated that their morale was very low as a result of the losses.

According to a report from Tehran, the Iranian government dispatched some 50,000 Lebanese Hezbollah militants to Syria to help the Syrian regime in crushing the uprising.

Iranian MP Seyyed Mahmoud Nabavian who made the statement was also quoted by Fars news agency on Feb. 12 as saying that Iranians have trained some 150,000 Syrian citizens in Iran, and another 150, 000 in Syria itself.

According to reports the Syrian regular army is crumbling specially since several successive recruitment drives had failed, as young men had fled rather than join up. For this reason it is Hezbollah backed by Iran that is prolonging the life of the Syrian regime, according to these reports.

During the conflict in Syria which began in March 2011, more than 140,000 people were killed , over 10 million were displaced in the Syrian territory and over two and half million fled to neighboring countries. Most of the Syrian refugees are in Lebanon , Jordan , Turkey and Iraq.