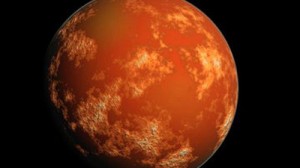 Travelling to Mars is prohibited in Islam!

That’s exactly what a new fatwa issued by a fatwa committee under the United Arab Emirates’ General Authority of Islamic Affairs and Endowment says.

The fatwa also prohibits the promotion of a one-way trip to the Red Planet.

While issuing the fatwa, the committee, according to the Khaleej Times, said, “Such a one-way journey poses a real risk to life, and that can never be justified in Islam. There is a possibility that an individual who travels to planet Mars may not be able to remain alive there, and is more vulnerable to death.”

The committee further said that whoever opted for this “hazardous trip” was likely to perish for no “righteous reason”, and thus will be liable to punishment “similar to that of suicide in the Hereafter”.

Giving the reason for it, Professor Dr Farooq Hamada, who heads the committee, said, “Protecting life against all possible dangers and keeping it safe is an issue agreed upon by all religions and is clearly stipulated in verse 4/29 of the Holy Quran: Do not kill yourselves or one another. Indeed, Allah is to you ever Merciful.”

Suicide is forbidden in Islam. Supporting the ruling with scriptures, Dr Shaikh Mohammed Al Ashmaway said, “Almighty Allah said in verse 2/195 in the Holy Quran: Do not throw yourselves with your own hands into destruction.”