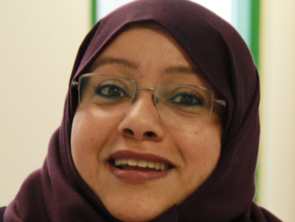 The Saudi Gazette, a national daily has appointed Saudi Arabia’s first woman editor-in-chief, in what clearly is a ‘historic’ move in the conservative kingdom.

Somayya Jabarti takes the reins of the English-language newspaper from Khaled Almaeena, who becomes editor-at-large .

Jabarti, previously deputy editor of the  Saudi Gazette becomes the first female editor of a national newspaper although women have led magazines in the kingdom.

“There’s a crack that has been made in the glass ceiling. And I’m hoping it will be made into a door,” she told al Arabiya News.

“Being the first Saudi woman [newspaper editor] is going to be double the responsibility… One’s actions will reflect upon my fellow Saudi women,” she said.

Jabarti said that she has never encountered any sexism in the media house: “The majority of our reporters are women – not because we are biased and choosing women over men. There are more women who are interested in being journalists, and who are journalists.” 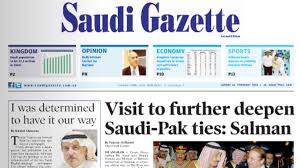 Almaeena told  Arabiya News  in an article titled ” I was determined to have it our way” :”Today I proudly leave my nominee, a female journalist — Somayya Jabarti — who will take the helm of the paper. She has been associated with me for almost 13 years and I’ve had the goal almost as long of wanting to see a Saudi woman enter the male-dominated bastion of editors-in-chief. It was not a question of gender but of merit that decided and earned her this opportunity. I am proud to have played a role in her career. She is determined and dedicated, and I can assure her and the team that I will be there to assist and advise so that the Saudi Gazette further advances as a media unit in a highly competitive and digital age.