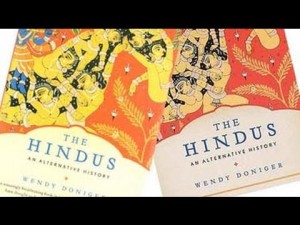 Penguin Books India has reportedly agreed to recall and destroy all copies in India of a book about Hinduism by a U.S. religious scholar, raising concerns over the increasing sway of interest groups over freedom of expression in the world’s largest democracy.

In 2011, the Hindu nationalist group Shiksha Bachao Andolan filed a civil case against Penguin India over The Hindus: An Alternative History by Wendy Doniger, a professor of religion at the University of Chicago. The group claims the book offends Hindus by, among other things, inaccurately representing the religion and offering an overly sexual interpretation of Hindu texts. This, it contends, violates a section of the Indian penal code that prohibits “deliberate and malicious acts intended to outrage religious feelings or any class by insulting its religion or religious beliefs.”

The publisher has reportedly agreed to a settlement with the group that includes withdrawing and destroy all published copies of the book. In a Feb. 11 statement posted on the Facebook page of PEN Delhi, Doniger expressed concern for what that portends. “I was, of course, angry and disappointed to see this happen, and I am deeply troubled by what it foretells for free speech in India in the present, and steadily worsening, political climate,” Doniger wrote, referring to the recent surge of Hindu nationalist sentiment ahead of national elections this spring. Penguin India has yet to issue comment on the matter.

Many in New Delhi did not take kindly to the news either. Historian Ramachandra Guha called the decision “deeply disappointing” on Twitter. Union Minister Jairam Ramesh, speaking to the Press Trust of India, called Shiksha Bachao Andolan “some Taliban-type outfit” that is “distorting and destroying our liberal traditions.”

The development comes uncomfortably close on the heels of reports last month that Bloomsbury India was withdrawing another allegedly offending tome. According to local media, the publishing house withdrew The Descent of Air India, by Jitender Bhargava, after a defamation lawsuit was filed by former civil aviation minister Praful Patel, whom the book holds responsible for the airline’s financial losses. The publisher issued a public apology to Patel, who is currently minister of heavy industries and public enterprises. Bhargava stands by his book.

India’s tough libel laws are often exploited by interest groups eager to silence or censor unwanted voices. India was the first country to ban Salman Rushdie’s The Satanic Verses in 1988; the country’s most famous artist, M.F. Husain, died in exile in 2011 after facing death threats from far-right Hindu groups angered by his paintings of Indian deities in the nude.

As Doniger points out in her statement, readers in and outside India are still free to download The Hindus on Kindle. But the buying a book online feels like something of a hollow victory if hard copies are being removed from the shelves of the local bookseller. Doniger writes that Penguin India tried to defend her work, but was “finally defeated by the true villain of this piece—the Indian law that makes it a criminal rather than civil offense to publish a book that offends any Hindu, a law that jeopardizes the physical safety of any publisher, no matter how ludicrous the accusation brought against a book.”