Swiss nervous over access to EU market after quota vote 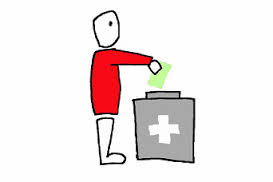 In Switzerland itself, one day after the vote, there is a feeling of nervousness.

Nearly all the newspapers are expecting a difficult period in Swiss-EU relations, and many are openly asking what the “far-reaching consequences” predicted by Justice Minister Simonetta Sommaruga might be.

Ms Sommaruga herself now faces a very tricky task: she will have to try to persuade Brussels that while Switzerland has decided against free movement of people, it still wants various other EU perks, such as access to Europe’s single market.

That won’t be easy. The EU’s Justice Commissioner Viviane Reding said in reaction to the Swiss vote: free movement of people, goods, capital and services is not separable. “The single market is not a Swiss cheese – you cannot have a single market with holes in it.”

Any limitation of access to the single market could be disastrous for Switzerland’s currently booming economy; more than half of all Swiss goods are sold to EU countries.

But there are other worries on Swiss minds today as well. The proposal in favour of quotas was passed by the narrowest of margins, just 50.3 % voted yes, while 49.7% voted no.

The split has revived bitter memories of 1992, when Switzerland voted, again by the tiniest of majorities, against membership of the European Economic Area, which is a first step towards full EU membership.

These divisions worry the Swiss. It has not been easy creating a small nation out of three distinct languages and cultures.

Preserving national unity is a central pillar of nearly all Swiss political thinking.

It is the reason the Swiss cantons are permitted so much autonomy, it is one reason Switzerland is neutral (siding with one or other big neighbour who shares a language would have split Switzerland in either of the two world wars) and it is the reason the government is always a coalition, whose chief task is to rule by consensus.

Sunday’s vote on immigration shows again that that national unity, let alone consensus, is really rather fragile, and addressing this will also be a tricky task.

But the chief, and most immediate problem for the Swiss government now is how to implement the people’s wish on immigration quotas, while at the same time preserving a functioning relationship with the EU.

No-one is really sure yet how the quotas will work: the proposal supported by voters says only that they should be introduced, and that Swiss nationals should be given preference for jobs.

Swiss business leaders are already distressed – many rely heavily on highly skilled workers from the EU, and believe restrictions will undermine their competitiveness.

EU citizens in Switzerland are uncomfortable too: it’s not the best feeling in the world to know that your colleagues in the hospital you work in may have voted in favour of quotas which might affect your livelihood.

But under the Swiss system of direct democracy, the people’s word is final.

Even though the majority was so tiny, the proposals on immigration must now come into force.

Reaction from the European Union is inevitable – the question is, how severe will that reaction be, and what effect will it have on one of Europe’s most successful economies?