Tunisia, the spark of hope of the Arab Spring 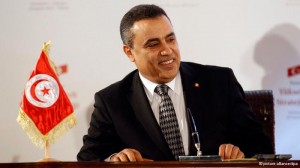 It’s popular these days to say the Arab Spring has gone badly awry. It’s a bit early to make these judgments – think of what America looked like in 1779, three years after its revolution – but if you were to compile a mid-term report, Syria would get a failing grade, Egypt’s revolution has faltered badly, Libya is a mess. But there is one spark of hope for the revolutions of the Middle East, and it’s a country that could be a model for all the others: Tunisia, which was the birthplace of the Arab Spring.

What has Tunisia done right?

Well, let’s start with history. Tunisia has been quite different from Egypt and its neighbors for centuries. It was the first Arab state to develop a modern constitution, all the way back in 1861. Over time, Tunisia has developed stronger civic institutions than its Arab neighbors, including a human rights league that was founded nearly four decades ago. About a fifth of the government’s budget has been allocated to education. And the demographics are largely homogenous: while Syria and Iraq are divided along sectarian lines – Shia or Sunni – some 98 percent of Tunisians are Sunni Muslims.

But perhaps more important than all of these historic differences are the choices that modern Tunisians have made.

Tunisia’s military has stayed out of active politics. Contrast that with Egypt, where the military controls anywhere from 10 percent to 40 percent of the economy and business. Four of Egypt’s last five presidents came from the military. And the one that didn’t – Mohammed Morsy – was toppled by the military.

Another factor behind Tunisia’s relative success is the foresight of its civilian leaders.

Three years ago, Tunisia had a similar trajectory to Egypt. Both nations voted for Islamist leaders whose movements had either been suppressed, banned, or exiled. Look at what happened next. In Egypt, when a fresh spate of protests began, President Morsy battened down the hatches and refused to reach out to his detractors. He was removed by force. On the other hand, in Tunisia, the coalition government actually stepped aside of its own accord, handing power to a temporary government. Now that is how democracy is supposed to work – by making painful compromises.

In Cairo, people didn’t make those concessions. Egypt’s Islamists wanted to push through a constitution that would be unacceptable to liberals, and then to rule by presidential decree. Tunisia’s new constitution – which was approved overwhelmingly by a majority of Islamists – is being hailed as the most progressive constitution in the Arab world, with equal rights for women and minorities.

Last month at the World Economic Forum in Davos, with top leaders from the Arab world, Tunisia’s Rachid Ghannouchi explained why his party, the Islamist party, willingly stepped down from government last year in Tunisia. “We had two choices,” he said. “Either we stay in power and we lose democracy … or we gain democracy and give up power.” He chose the latter. It was a selfless choice, but also a savvy one: It wouldn’t be surprising if he and his party are back in power later this year.

The Tunisian model is not flawless, but it has powerful lessons for the rest of the Arab world. This is a country that has learned the most difficult lesson of democracy: how to be inclusive and how to compromise. It has learned this lesson without the West, without aid money, without compromising on its religious ideas (remember, the new constitution firmly enshrines Islam, but alongside women’s and minority’s rights.) So before we start blaming Washington or the West for not doing enough in the Arab world, let’s learn from Tunisia that local leadership is the key – and that right now there is little of it in the Arab world.