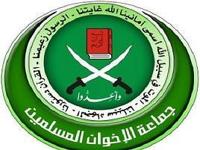 Egypt’s Interior Ministry has accused the ousted president’s Muslim Brotherhood group of forming a military wing to stage attacks on the security forces.

In a televised statement, the ministry spokesman Hani Abdel-Latif named 12 people he said belonged to the alleged military wing. He said five were arrested and aired what he said was one of their confessions.

He said the group, headed by the Brotherhood province’s leader, killed five policemen in a drive-by shooting last month in the southern province of Beni Suef.

The Muslim Brotherhood group has been branded as a “terrorist” organization after a series of bombings that rocked the country since the ouster of Mohammed Morsi in a military coup in July. An al-Qaida-inspired group claimed responsibility for most of the attacks.