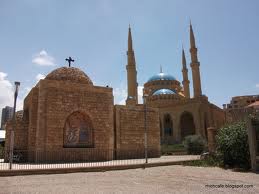 It is clear that many consider the future of Christianity in Lebanon to be uncertain. Some commentators state, for example, that half of Lebanese Maronites (a rite within the Roman Catholic Church that forms the majority of Christian Lebanese) were considering leaving Lebanon for a “better life overseas.” One news outlet reported that nearly one-third of these Lebanese Maronites “have submitted visa applications to foreign embassies.” For years, media outlets have published stories indicating that Christians are leaving Lebanon in droves, with the implication being this is the result of the rise of militant political Islamism – and that their departure could have a “devastating effect on [Lebanon] robbing it of an influential minority which has acted as an important counterbalance to the forces of Islamic extremism.”

Gallup polling in Lebanon reveals that many assumptions about the country are oversimplified or untrue. The first is that Lebanon is an increasingly intolerant country, one where Christians feel unsafe. The second is that Christians feel so unsafe that they wish to emigrate. The third is that if emigration is a noted phenomenon, it is a phenomenon that is evident with Christians more than other groups within the country.

The Gallup data show it is not so straightforward, rather:

The majority of Lebanese can be classified as tolerant, based on a key Gallup measure.

Muslim Lebanese are at least as likely to want to permanently migrate as are Christian Lebanese.

The reasons Lebanese of all faiths cite for wanting to leave are about far more mundane, economic issues.

Lebanese Are Very Tolerant – Within the Region as Well as Worldwide

Commentators in both the Arab and the Western press have expressed fears that Christian Arabs are fleeing the Arab world in increasing numbers in recent years as a result of increased political Islamist activity and a perceived rise in intolerance in the region. In June of last year, Pope Benedict XVI warned that if no solutions to regional conflicts were found, the Christian community of the region would soon disappear. The Maronite Patriarch of Lebanon, Nasrallah Sfeir, has echoed similar concerns about the emigration of Christians in the region. After a meeting with French President Nicholas Sarkozy in 2010, Sfeir quoted him as saying that the Christian presence in the region was “a guarantee against the rise of extremism.” This statement underlies the concern that Christians are emigrating and assumes that extremism, as well as intolerance, is a grave issue in Lebanon.

Gallup’s data show that Lebanon’s people are very likely to be tolerant. In reaction to the statement: “I would not object to a person of a different religious faith moving next door,” most (76%) say they “strongly agree.” To place this into a wider context, this is significantly higher than many countries in Europe and in the nearby region, including Belgium (65%), the U.K. (57%), Germany (57%), Italy (53%), and Israel (23%). In the Middle East and North Africa (MENA) region, Lebanon is also the country most likely to strongly agree with this statement, a key way to ascertain levels of tolerance in a country. Gallup has been polling the Lebanese population for several years in the context of its regional and global research to measure the levels of tolerance in various countries.

It should also be noted that while this attitude of coexistence is high, so is the propensity to consider religion important. Eighty-two percent of Muslim Lebanese consider religion to be important – 86% of Christian Lebanese do as well. Fifty percent of Muslims say they attended religious service in the last seven days, as do 65% of Christians, according to Gallup’s most recent data. 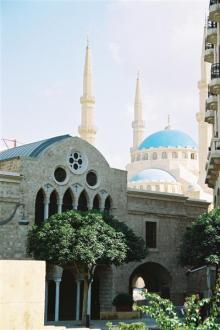 Religion and the Lebanese Emigrant

Moving on from the narrative that Lebanese Christians are fleeing Lebanon because they feel unsafe, it is interesting to identify the profiles of those who are leaving Lebanon, or who wish to do so.

According to Gallup data, 28% of Christians (including Maronites, Greek Orthodox, and others) would like to move to another country if they were able to. That is not a particularly low number, but it can hardly be described as flight – considering the Gallup question was trying to ascertain whether people would leave as opposed to if they were actually leaving.

Moreover, if we were to describe this as flight (presumably feeling under threat, according to the common media narrative), then we would have to characterize the same when it comes from the Muslim community of Lebanon. Approximately 34% of Muslim Lebanese (34% of Sunnis and 35% of Shiites) would leave if they had the ability to do so – which is more (albeit not much more) than Christian Lebanese (28%). Religion factors into the discussion not when comparing Muslims with Christians, but when discussing religious and non-religious Lebanese. Those who see religion as important are less likely to want to leave than those who do not see religion as important – this is true across all religious groups.

Jobs, the Economy, and Lebanese Migration

Implications for the Future

Lebanon remains a key country for the region. Its importance on a variety of key economic issues, as well as its value as a source of often-sought human resources, cannot be underestimated. It should come as good news that, generally, neither Christians nor Muslims express an overwhelming desire to leave the country. At the same time, there is a significant proportion of the population that does desire to leave, which will inevitably contribute to or exacerbate the ongoing brain drain. This is not due to persecution or something similar, but rather to more mundane, yet just as real, economic issues. Those issues could get worse, and in the context of the present regional upheaval, opinion-shapers and policymakers in the region should keep a watchful eye on the country and see where they can be of assistance.

Gallup is entirely responsible for the management, design, and control of this study. For the past 70 years, Gallup has been committed to the principle that accurately collecting and disseminating the opinions and aspirations of people around the globe is vital to understanding our world. Gallup’s mission is to provide information in an objective, reliable, and scientifically grounded manner. Gallup is not associated with any political orientation, party, or advocacy group and does not accept partisan entities as clients.

In addition to sampling error, question wording and practical difficulties in conducting surveys can introduce error or bias into the findings of public opinion polls.

The Abu Dhabi Gallup Center is a Gallup research hub based in the capital of the United Arab Emirates. It is the product of a partnership between Gallup, the world’s leading public opinion research firm, and the Crown Prince Court of Abu Dhabi.

Building on Gallup’s seminal work in the field of Muslim studies, the Abu Dhabi Gallup Center (ADGC) offers unmatched research on the attitudes and aspirations of Muslims around the world. In addition to its worldwide scope, the ADGC focuses on the specific priorities of its regional base and presents innovative analysis and insights on the most important societal challenges facing the United Arab Emirates and the Gulf Cooperation Council (GCC).