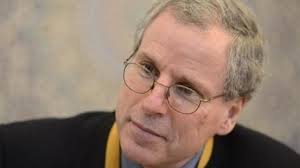 U.S. Ambassador to Syria Robert Ford is retiring at the end of the month, current and former U.S. officials said on Tuesday.

It was not immediately clear why Ford is retiring. State Department spokeswoman Jen Psaki declined to comment on whether Ford planned to retire.

Ford spent months in Turkey and elsewhere in the region convincing Syrian opposition groups to attend the peace talks and represented the United States at the first round of U.N.-backed talks that concluded in Geneva on Friday.

The talks ended with no progress toward ending Syria’s conflict, but with an undertaking by the opposition to return on February 10 for another round. Government officials said they would first need to check with Damascus.

Ford had been expected to become U.S. ambassador to Egypt, according to several sources, but Egyptian government officials had objected because they regarded him as too close to Islamist parties in the Middle East.

A former State Department official, who spoke on condition of anonymity, said it was his understanding that the Egyptian government had made clear it did not want Ford to go to Cairo to serve as U.S. ambassador.

Under diplomatic practice known as “agrement,” a country typically contacts another country before sending an ambassador to ensure the choice is acceptable. In this case, Ford’s candidacy did not even get that far, said the former U.S. official, who has spoken to Egyptian officials about the matter.

“My understanding from the Egyptian side is that … they felt he had helped foment disorder in Syria by supporting insurgents and …that he was too comfortable with Islamists,” said the former official, adding that he flatly disagreed with that view.

Egypt has been in turmoil since pro-democracy protests in 2011, followed by the toppling of elected Islamist President Mohamed Mursi last July. Egypt’s army chief Field Marshal Abdel Fattah al-Sisi, who deposed Mursi, has since been given the green light to seek election as president, a vote he is likely to win.

Ford, who also served in Iraq and Algeria and did a stint at the embassy in Cairo, briefly left Syria in October 2011 because of threats to his safety. He left Damascus for good four months later after the United States suspended embassy operations as the security situation in Syria deteriorated.

In May 2013 he briefly crossed into northern Syria to meet with opposition leaders, the highest-ranking U.S. official to go into Syria since the civil war began.