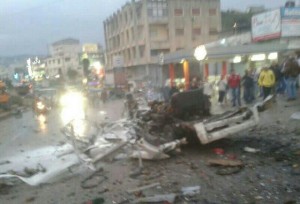 One of the three unnamed suspects was the taxi driver who transported the suicide bomber to Choueifat where he detonated himself inside a passenger van that transports people from Choueifat area to Hezbollah’s stronghold of Dhahieh, south of the capital Beirut.

The suicide bomber was the only one killed in the incident but two others were injured including the driver of the van.

Monday’s terror attack was the latest in a series of suicide bombings that have targeted Shiite-populated areas of Lebanon.