4 killed in an explosion that rocked Hermel , updates 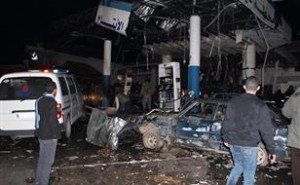 A deadly car bombing rocked the north eastern Beqaa town of Hermel near the Syrian border on Saturday evening, leaving four people dead and at least 28 injured in the second such explosion in two weeks to hit this Hezbollah stronghold.

Al Mayadeen was the first to report about the explosion which went off shortly after 6 p.m. near the Al-Aytam gas station on the main street of Hermel.

Firefighters arrived at the scene and started extinguishing the raging fire.

The army arrived later at the scene and cordoned the area . There was concern that other explosions could follow. 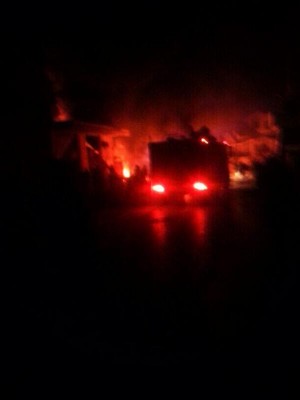 Al-Manar reported that ” All witnesses at the scene of the explosion confirmed that a suicide bomber arrived at the site and blew himself up. ”

Heath minister Ali Hassan Khalil who arrived at the scene confirmed that 3 people have ben killed and 28 were injured .

Report of another bombing in Beirut was denied

Al-Manar said : ” Reports about an explosion targeting Beirut’s southern suburbs are not true.”

Al-Mayadeen reported that the sound of an explosion that was heard in Beirut was a result of a stun grenade hurled in Tariq al-Jadideh.

MTV reported that the bomb used in the explosion today weighed anywhere between 20 to 3o Kg ( 44 to 66 lbs) .

“The security situation in the country is unstable and worsening day by day,” Charbel added.

State Commissioner to the Military Court Judge Saqr Saqr tasked concerned authorities to carry out the preliminary investigation and collect proofs and human remains from the scene of the explosion.

The deadly bombings in Beirut and the towns bordering with Syria are reportedly all tied to the raging civil war in Syria where Hezbollah is helping the Syrian regime in its fight against the Syrian rebels.

The Al-Nusra Front along with the Islamic State of Iraq and al-Sham and the Abdullah Azzam Brigades have claimed responsibility for the recent suicide attacks and have called on Sunni Muslims in Lebanon to support the terror campaign against Hezbollah.

” The beneficiary of the Hermel explosion and of Syria and Iraq’s bombings is one party only, and it is Israel.”

Update 3 – The registered owner of the Grand Cherokee is Youssef Ahmad Ismail who is out of the country. The original color was grey . Ismail’s father told reporters that the car was not stolen but only the plates which were faked .

Update 4. The US embassy in Beirut condemned the bombing and offered its condolences to all the relatives of the victims.