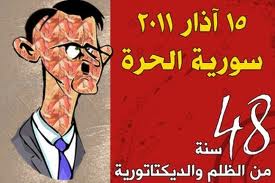 US President Barack Obama says it was American diplomacy and threat of force that has led to the plan to eliminate Syria’s deadly stockpile of chemical weapons.

In his State of the Union speech Tuesday, Obama promised anew to support opposition groups that are fighting to overthrow Syrian President Bashar Assad in that country’s three-year civil war.

He said the Syrian people deserve a future that is free of dictatorship, terror and fear.

The Obama administration threatened to strike Syria’s government, but backed down, after an Aug. 21 chemical weapons attack outside Damascus that the U.S. said killed more than 1,400 people.