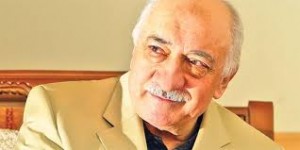 In a rare BBC interview the influential Turkish Muslim cleric Fethullah Gulen has condemned Turkey’s ruling AK Party over its response to a major corruption investigation.

He called the dismissal of senior investigators in the police and judiciary “anti-democratic”, describing it as an attempt to undermine his supporters.

Mr Gulen was speaking from self-imposed exile in Pennsylvania, in the US, from where he now leads his global Hizmet movement. It was the 74-year-old scholar’s first broadcast interview in 16 years.