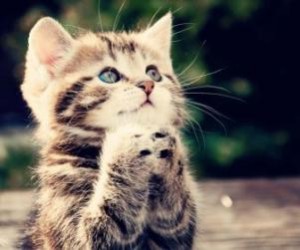 A woman in Nigeria has disowned her cat because of its homosexuality. The cat displayed “unnatural sexual behavior,” reports the Huffington Post, leading the middle-aged woman to shun it after seven years.

The cat, named Bull, has made history as being the first cat to be publicly declared gay and disowned by its owner, reports Leadership daily.

Bull was in the habit of making sexual advances only to other male cats in the household and his owner felt his behavior was “a contradiction of the laws of nature.”

Leadership reports that the cat’s owner expressed a strong belief in the “divine purpose of creating male and female of every creature to fulfill an ordained purpose of procreation.”

The cat’s owner had only one comment to make: “Anybody interested in this gay cat can have it because I have no further use of it.”

Bull is still seeking a home as no one has publicly accepted ownership of him.