Mansour refuses to retract statements made at Geneva II 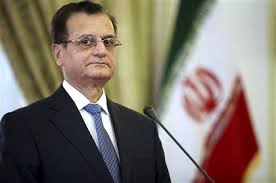 Caretaker Foreign Minister Adnan Mansour said on Saturday that he refuses retract the statements he made during the Geneva II Syrian peace talks in which he defended Hezbollah’s role in Syrian civil war .

“I will never retract these statements regardless of the campaigns against me, after all we live in a democratic country and there are different points of view… and we will choose the road we deem appropriate,” National News Agency quoted Mansour as saying.

“I had informed President Michel Suleiman of the content of my speech before I left, but I added a passage during the conference because the Lebanese people, who sacrificed many martyrs, cannot be called terrorists,” Mansour said.

“I am convinced into what’s in favor of Lebanon and its people,” Mansour added

Lebanon’s FM deviated from the text of his speech at the Geneva II Syria peace talks when he said that the objections to the intervention of the Shiite group Hezbollah in the war in Syria aim at serving the interests of takfiris.

Mansour’s speech prompted President Suleiman to issue a statement, saying distancing Lebanon from the Syrian crisis comes through the immediate end to interference in all of the neighboring country’s internal affairs.

MP Jamal Jarrah, a key member of the Future Movement parliamentary bloc accused Mansour of serving foreign interests at the expense of his own country’s security, and preventing Lebanon’s voice from being heard at the ongoing Geneva II Syrian peace talks.

“When Mansour follows the instructions of Iran and the Syria regime, he must defend Hezbollah’s presence in Syria,” Jarrah said in an interview with Future TV last Thursday.

“He has forgotten the consequences of Hezbollah’s intervention in Syria that are felt inside Lebanon, and the series of explosions and terrorist acts happening in Lebanon.” He said.

Jarrah added that the international community is aware of Mansour’s allegiances.

“The international community and UN Secretary General Ban Ki-Moon…know that that minister does not express a patriotic Lebanese view.”

“As a result, his words have no weight, which means Lebanon is absent from the Geneva II conference, and Iran is present.” He said

As expected Lebanese caretaker Foreign Affairs Minister defended Hezbollah’s role in Syria during his address at Syria peace summit stressing that the objections to the intervention of the Shiite group Hezbollah in the war in Syria aim at serving the interests of takfiris.

“Those who claim that Hezbollah’s intervention in Syria carries repercussions on Lebanon want to cover up the entry of takfiris and extremist groups,” Mansour said on Wednesday during his speech at the so called Geneva II meeting.

March 14 alliance predicted last November that “if Mansour goes to Geneva he will be representing Hezbollah and not Lebanon”.

Thousands of Hezbollah fighters are helping the forces loyal to the Syrian regime of president Bashar al Assad in the war against the mostly Sunni rebels who are trying to topple the regime, despite the fact that Hezbollah signed the Baabda declaration which calls for distancing Lebanon from the Syrian events