ISIS urges Syria rebels to focus on defeating the “Nusayris” 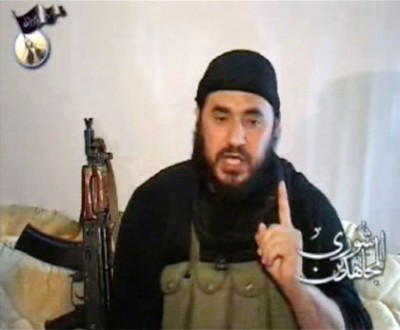 In an audio message posted online Sunday the Al-Qaeda-linked Islamic State of Iraq and Greater Syria (ISIS) appealed to other Syria rebel groups to head off infighting, and focus instead on defeating the Alawite regime.

“Today, the (Islamic) state is reaching out to you to stop fighting us and to focus on fighting the “Nusayris”,” the voice in the message, purportedly that of ISIS chief Abu Bakr al-Baghdadi, said, using the term often used by jihadists when referring to the Syrian regime.

Alawites revere Ali (Ali ibn Abi Talib), and the name “Alawi” means followers of Ali. The sect is believed to have been founded by Ibn Nusayr during the 8th century. For this reason, Alawites are sometimes called “Nusayris”.

Syrian rebels fighting ISIS in the north of the country on Wednesday killed a jihadist leader in the town of Saraqeb, activists said.

About 1000 jihadist and rebel fighters have been killed in 15 days of combat pitting the two sides against each other.