UAE PM urges Egypt’s Sisi not to run for presidency 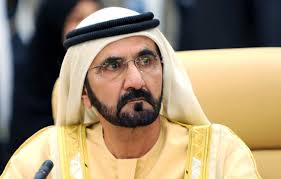 The Prime Minister of the United Arab Emirates, a major financial backer of Egypt after the downfall of Islamist President Mohamed Mursi, said the Egyptian army chief was better off staying in the military instead of running for president.

General Abdel Fattah al-Sisi, who deposed Mursi after mass protests against his rule in July, gave his clearest indication yet that he will run for the presidency in comments on Saturday.

Deeply mistrustful of the Muslim Brotherhood, the UAE, along with Saudi Arabia, has championed Gen Sisi and poured billions of dollars to shore up the country’s beleaguered economy since Mursi’s downfall.

But Sheikh Mohammed, who is also the ruler of Dubai, one of seven emirates that form the federation of the United Arab Emirates said in an interview with the BBC broadcast on Monday that Gen Sisi was better off staying in the army. He did not elaborate.

But a UAE government spokesperson tried to soften Sheikh Mohammed’s remarks later in the day , stressing the “UAE’s respect for will of the Egyptian people and support for their political choices.”

“The brotherly advice was for General Sisi not to stand as a military man for the presidency. But if he runs as a civilian, answering the call of his people, that would be a personal choice for” Sisi, the official said in a statement carried by WAM state news agency.

Sisi had said on Saturday that he would stand in the presidential election slated for the autumn if the public and military backed his candidacy.

“If I nominate myself, there must be a popular demand, and a mandate from my army,” the state newspaper Al-Ahram quoted Sisi as saying on Saturday at a meeting with Egyptian officials.

Sisi’s comments came just days before a referendum on a new constitution, the first in a series of polls the military-installed government says will restore elected rule following Morsi’s ouster.

Sisi is the most popular leader in Egypt after toppling Islamist president Mohamed Morsi in July, and military officers have told AFP he had support within the army to stand in the election scheduled to take place by the autumn of 2014.

Dubai is one of seven emirates that form the federation of the United Arab Emirates, which backed Egypt’s military-installed government with billions of dollars.