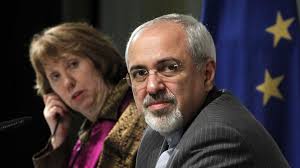 Iran would receive the first $550 million installment of a total of $4.2 billion in previously blocked overseas funds on or about February 1, a senior U.S. official said on Sunday, according to a Reuters exclusive report.

Under a November 24 nuclear agreement, six major powers agreed to give Iran access to $4.2 billion in revenues blocked overseas if it carries out the deal, which offers sanctions relief in exchange for steps to curb the Iranian nuclear program.