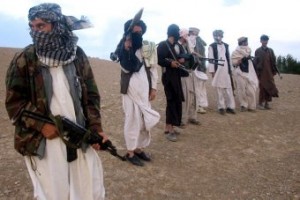 Afghanistan says it will release scores of Taliban fighters from jails, despite American objections that the men pose a security threat.

The Afghan government says it only has enough evidence to try 16 of the 88 prisoners, so it will release the other 72 men.

“These 72 detainees are dangerous criminals,” she said.

“There is strong evidence linking them to terror-related crimes, including the use of improvised explosive devices, the largest killer of Afghan civilians.”

The prisoner release is putting more strain on US-Afghan relations as pressure mounts for the two countries to sign a long-delayed security deal allowing some American soldiers to stay in the country after 2014.

A meeting chaired by Afghan president Hamid Karzai “ordered the Bagram prisoners’ dossier review board to free those prisoners who are innocent and against whom there is no evidence”, a statement said.

US General Joseph Dunford, commander of NATO forces in Afghanistan, lodged an official objection to the plan, saying it was against the agreement signed when Bagram jail was handed over in March.

A spokesman for the US forces last week described the prisoners as “dangerous individuals who are legitimate threats”.

Bagram jail was passed to Afghan control by the US after a public stand-off with Mr Karzai, who has depicted the jail as a symbol of Afghanistan’s efforts to regain its national sovereignty.

The statement from Mr Karzai’s office said that of the 88 prisoners at the centre of the dispute, there was no evidence against 45 of them and only circumstantial information against 27.

US officials say the 88 men were responsible for over 60 NATO coalition and 57 Afghan deaths.