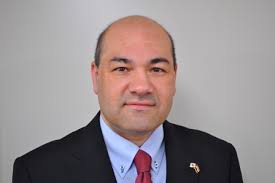 Iraq’s ambassador to Washington says the Obama administration doesn’t fully grasp the consequences of failing to more aggressively combat a surging al Qaeda threat inside his country, pointedly suggesting that President Obama has been less engaged with Baghdad than his predecessor.

“The administration has to have a better understanding of any adverse impact of any delay in provision of support to Iraq,” Ambassador Lukman Faily told The Washington Times in an interview Wednesday. “It cannot afford a whole town or province of Iraq falling to al Qaeda and becoming a safe haven. It’s against the U.S. strategic interest. It’s against the U.S. national security to do that.”

Asked whether the White House could do more to facilitate a tighter relationship with Iraq, Mr. Faily said, “to a certain extent they can. But we are no longer in a period in which we had President Bush, who took ownership of that relationship.”

With al Qaeda-linked violence surging in Iraq, Mr. Faily urged U.S. leaders in both parties to stop allowing military and nation-building resources for his country to become embroiled in domestic U.S. politics even as he dismissed suggestions that Iraq is in danger of falling into a full-fledged civil war between its Shiite and Sunni populations.

“I personally think that it’s tragic that the issue of the whole American project in Iraq is now becoming a ball in relations to the party politics within D.C.,” the ambassador said. “I don’t think it’s beneficial for the United States. It’s definitely not beneficial for Iraq to become a tool in Republican versus Democrat or whomever.

Given word of The Times’ interview with Mr. Faily, the White House responded Wednesday evening that there is a high level of engagement between U.S. and Iraqi officials and that the U.S. is providing extensive military support to Iraq through Washington’s Foreign Military Sales program, but that the Iraqi government needed to take the lead on countering terrorists in the nation.

National Security Council spokeswoman Bernadette Meehan told The Times in an email, “We are committed to partnering with the government of Iraq to build their capacity to fight terrorism, but the solution to this issue must be an Iraqi-led solution.”

Still, Mr. Faily made the remarks as violence appeared to be spreading Wednesday beyond Iraq’s western Anbar province, where al Qaeda-linked militants have claimed control of the city of Fallujah and parts of the city of Ramadi for more than a week.

Authorities said militants killed 12 government soldiers during an attack on Iraqi army barracks north of Baghdad Wednesday, according to a report by The Associated Press.

Al Qaeda’s gains in Anbar have added fuel to a political fight in Washington over whether the U.S. military should return to Iraq. Some Republicans argue that the Obama administration moved too hastily in pulling U.S. forces out of Iraq two years ago and has not done enough since to help the U.S.-trained Iraqi military maintain security.

The administration announced this week that it would increase and accelerate delivery to the Iraqi military of surveillance drones, as well as air-to-surface Hellfire missiles. But the situation presents a difficult challenge for the White House — particularly because Mr. Obama ran for office six years ago on a promise of ending the war in Iraq.

Mr. Faily appeared to take pains to avoid open criticism, but he said the Obama administration has been notably less willing to “buy in” to a strategy of providing deep support to Baghdad than the Bush administration was.

That reluctance, he suggested, puts the U.S. in the position of ignoring a major strategic interest, particularly since the production of oil in Iraq has the potential to increase to “a level in which it can really stabilize world energy,” he said. “Iraq is the only country with that capability or potential.”

The ambassador suggested that Washington’s indifference toward Iraq may date to the 2011 decision for the U.S. to begin withdrawing troops. Some on Capitol Hill believe the move was fueled as much by U.S. politics as it was by Iraqi desires to claim a sense of sovereignty after nearly a decade of American military intervention.
Washington Times