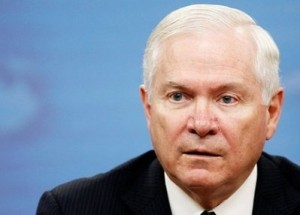 The former defense boss has dropped a bombshell.

Robert Gates, President Obama’s ex-secretary of defense, contends in a new book that Obama backed our soldiers in Afghanistan but lost faith in their mission despite having ordered an infusion of new troops.

Gates came to the conclusion that Obama “doesn’t believe in his own strategy, and doesn’t consider the war to be his. For him, it’s all about getting out,” according to his new memoir, “Duty: Memoirs of a Secretary at War,” to be published next week.

The book is the first major insider tale of the administration. Gates, a Republican and the only cabinet holdover Obama kept from the George W. Bush administration, served two years and was replaced in 2011 by Leon Panetta, who was later succeeded by Chuck Hagel.
In the book, Gates amply praises Obama, calling him intellectually rigorous and willing to overrule the advice of top aides and other Democrats.

But he is very critical over Afghanistan — even though he believes the President made the right decisions about the war there.

The President ordered a surge of 30,000 troops into Afghanistan in 2009, but by 2011 he apparently thought it was a mistake, the book says.
Gates recalls a meeting at which Obama vented about Gen. David Petraeus, his commander, and Afghan President Hamad Karzai.

“The President doesn’t trust his commander, can’t stand Karzai, doesn’t believe in his own strategy and doesn’t consider the war to be his,” Gates writes. “For him, it’s all about getting out,” according to reports about the book in the Washington Post and The New York Times. 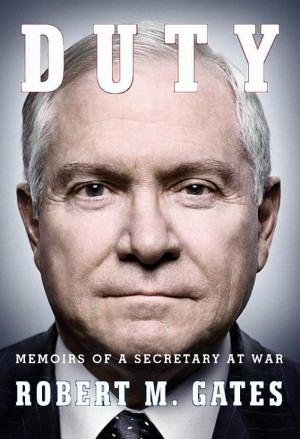 He does commend Obama’s decision to raid the house where Osama bin Laden was hiding, calling it “one of the most courageous decisions I had ever witnessed in the White House.”

In the book, Gates slams Vice President Biden with very faint praise. He calls him a man of integrity but says, “I think he has been wrong on nearly every major foreign policy and national security issue over the past four decades.”

He praises Hillary Clinton, then secretary of state, but claims she told Obama that her 2007 opposition as a senator to Bush’s surge in Iraq was rooted in political calculation — she knew she would face Obama, an opponent of the war, in the 2008 Iowa presidential caucuses.

Gates claims Obama similarly “conceded vaguely ” that his own opposition to the surge was political.

“To hear the two of them making these admissions, and in front of me, was as surprising as it was dismaying,” he said.

Gates also criticizes the Bush administration, saying the former President failed to capitalize on early victories in Iraq and Afghanistan and would not listen when Gates and then Secretary of State Condoleeza Rice pushed for a shutdown of the Guantanamo detention center.