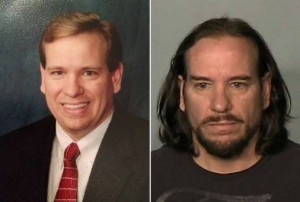 A former banker and pastor accused of faking his own death after allegedly defrauding investors of $21m has been arrested in a routine traffic stop in the state of Georgia.

Officers pulled over the driver of a pick-up truck because its windows were too heavily tinted, but discovered that he was carrying several forms of identification with differing names and photographs.

Faced with a lengthy detention in a small town jail while his true identity was established, Aubrey Lee Price reluctantly came clean.

“He said: ‘Sit down. I’m going to make you famous’,” said Neal Jump, the Glynn county sheriff. “He was tired. I reckon he was ready to get caught.”

A check of FBI records soon established that Price (47) was a fugitive wanted on wire and security fraud charges for allegedly embezzling $21m from investors in the Montgomery Bank & Trust, in which he took a controlling interest in 2010.

Price was last seen boarding a ferry in Key West, Florida, shortly after telling acquaintances that he was planning to jump overboard after losing money on financial trades. No body was found but a Georgia judge subsequently declared him dead.

The FBI believed, however, that he had gone on the run and focused their inquiries on Venezuela and Guatemala, where he had previously conducted missionary work and built churches.

Photo:Aubrey Lee Price, before and after : From cleancut banker to long-haired disguise on run