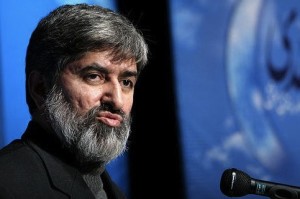 An influential Iranian lawmaker on Sunday urged the judiciary to end the house arrests of opposition figures Mir Hossein Mousavi and Mehdi Karroubi and to put them on trial.

The protests turned deadly when authorities resorted to a heavy-handed crackdown in which thousands of protesters, reformist activists and journalists were arrested.

Motahari slammed the judiciary for not having resolved the issue already, more than four years after the 2009 election of Mahmoud Ahmadinejad as president for a second term that Mousavi and Karroubi claimed was rigged.

The issue remains a sensitive, polarizing issue in the Islamic republic despite Ahmadinejad’s term ending in August when his successor Hassan Rouhani was sworn in to office.

“This crisis will not be resolved as long as one side is not allowed to speak for and defend itself, while the other side continues to mount accusations,” said Motahari, the son of a prominent revolutionary ayatollah.

“The only solution … is the public trial of Mousavi and Karroubi, and also Ahmadinejad,” he said, arguing that the latter had mishandled the crisis. 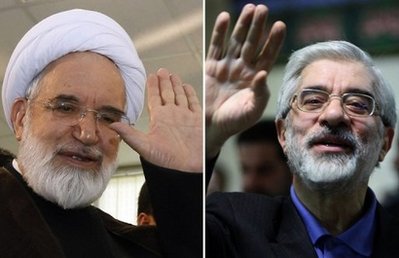 Prosecutor general Gholam Hossein Mohseni Ejei however dismissed Motahari’s remarks, arguing that those who had leveled “big lies” against the establishment in 2009 had committed a “major sin”.

Motahari also warned, in separate remarks carried by the official IRNA news agency, that “the establishment will have to pay a hefty price, should Mousavi and Karroubi die while under house arrest”.

Both men are suffering health problems, according to reports.

Motahari’s comments come as pro-reform and more centrist factions urge Rouhani to work towards ending the detentions of political prisoners, including Mousavi and Karroubi.

Rouhani, a reputed pragmatist and a self-declared moderate, and some senior administration officials, have hinted at wanting to end the tensions sparked by the 2009 upheavals.

But he has stopped short of becoming involved directly in the face of harsh criticism from hardliners.

The fate of Mousavi and Karroubi has attracted global attention, with Western powers and U.N. chief Ban Ki-moon urging Tehran to release them from their house arrests.

Motahari’s comments come a day ahead of the third anniversary of a state-organized rally that saw millions of pro-regime Iranians take to streets across the country to show support for the Islamic republic and its ultimate authority, supreme leader Ayatollah Ali Khamenei, to counter the opposition protests.

On Sunday, Khamenei’s personal website published an infograph in which “22 sins” committed by those involved in the 2009 unrest are detailed, including colluding with enemies and defaming the establishment.

It followed a post on December 25 that suggested the 2009 protests were “unforgivable.” 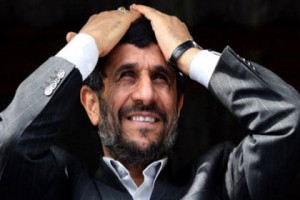 State television has in recent days broadcast a dozen programs harshly critical of the 2009 post-election unrest and those involved.