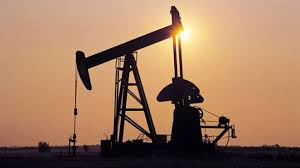 Most of Syria’s oil and gas fields are in the north east of the country which is under opposition control and the country’s oil exports almost have stopped.

Earlier this year, the Syrian Oil Minister discussed with the ambassadors of China and Russia the possibility of exploring for oil and gas off Syria’s Mediterranean coast.

The deal permits the exploration of an area of 2,190 square kilometers(in the Mediterranean off the Syrian coast.

The contract “is the first ever for oil and gas exploration in Syria’s waters,” head of the General Petroleum Company Ali Abbas told AFP.

“It will be financed by Russia, and should oil and gas be discovered in commercial quantities, Moscow will recover the exploration costs,” Abbas added.

The Oil Minister said during the signing ceremony that the contract covers “25 years, over several phases,” adding that: “The cost of exploration and discovery is $100 million.”

The deal was reportedly worked out in August 012 during a visit to Russia by a Syrian delegation headed by Syrian Deputy Prime Minister for Economic Affairs Qadri Jamil. On August 3, 2012 Jamil also told reporters that an agreement had been reached for Syria to export crude to Russia in exchange for refined oil products.

But Jamil was dismissed last October for talking with the US

Syria is one of Russia’s last Middle East footholds and hosts a base for the Russian navy on its coast. Russia has adamantly opposed any foreign intervention in the country, though Moscow says it is not tied to Assad.

Soyuzneftegaz is a Russian oil and gas company. It is headed by Russia’s former energy minister Yuri Shafranik. The main shareholder is the Central Bank of Russia.

Russian economy set to disappoint again in 2014
Russia’s economy is now forecast to have grown in 2013 at less than half the pace expected at start of the year and will perform only slightly better in 2014, weighed down by weak investment and tapering consumer demand.

A Reuters poll of 15 economists said that gross domestic product had risen just 1.4 percent this year, when last December they had predicted an expansion of 3.2 percent.

Economists are also more pessimistic about the economy’s wellbeing next year than the government, envisaging growth of 2.0 percent, against the Economy Ministry’s forecast of 2.5 percent.