STL apppoints a lawyer for Hezbollah suspect in hariri murder 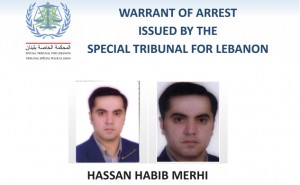 The Special Tribunal for Lebanon Defense Office chief Francois Roux, has appointed Mohamed Aouini as the “lead counsel to defend the rights and interests of Hezbollah member Hassan Habib Merhi, the fifth suspect in the assassination of former Lebanese Prime Minister Rafik Hariri,” the International court announced on Monday.

“The Head of Defense Office received a letter from the Pre-Trial Judge, dated 20 December 2013, requesting him to assign counsel to the Accused Hassan Habib Merhi, following the decision of the Trial Chamber of the same day to initiate proceedings in absentia,” the STL said in a statement.

“On December 20, 2013, the Head of Defense Office appointed Mr. Mohamed Aouini, counsel at the Tunis Bar, as lead counsel to defend the rights and interests of Mr. Merhi. Mr. Aouini has extensive experience in international criminal law, notably before the International Criminal Tribunal for Rwanda, and speaks Arabic and French,” the statement added.

Aouini is already working on “interviewing several lawyers and legal officers, notably Lebanese lawyers included on the list of counsel, in order to create his defense team,” the STL noted.

“Once the team is set up, and after it has received the evidence disclosed by the Office of the Prosecutor, the team will be in a position to study and analyze the voluminous Prosecution file, and subsequently conduct its investigations so as to prepare the defense for Mr. Merhi,” it added.

The Head of Defense Office “recalls that the defense team for Mr. Merhi must have adequate time and means, on the same terms as those accorded to the Office of the Prosecutor, in order to accomplish its mission to ensure the accused has a fair trial,” the court went on to say.

On December 20,2013 the STL said that its Trial Chamber has decided to try Merhi in his absence.

“In issuing this decision on trial in absentia, the judges relied on reports from the Lebanese authorities detailing their efforts to apprehend the Accused and to inform him of the charges against him. They also relied on efforts by the Special Tribunal for Lebanon to publicize the indictment against Mr. Merhi and on its widespread coverage in the Lebanese media,” said a statement issued by STL’s press office.
On October 21,2013 STL President David Baragwanath had announced the confirmation of an indictment accusing Merhi of involvement in the 2005 assassination of former premier Rafik Hariri, for which four other accused are to be tried in absentia. The trial will begin on January 16, 2014.

Merhi is charged with a number of crimes including “the crime of conspiracy aimed at committing a terrorist act.” He is alleged to have acted in a conspiracy with Hezbollah members Mustafa Amin Badreddine, Salim Jamil Ayyash, Hussein Hassan Oneissi, and Assad Hassan Sabra in relation to the attack on February 14, 2005, all of whom have already been indicted.

The STL said Merhi is “a supporter of Hezbollah” who was born on December 12, 1965 in Beirut. “He is the son of Habib Merhi and Latifa Abbas,” it added, revealing that he has resided in Burj al-Barajneh and that “he is a citizen of Lebanon.” He also owns real estate in the village of Ain Qana in Nabatieh.

Merhi obtained passports in 1993 and 2007 and has not officially left Lebanon since returning from a visit to Syria in October 2002.

Hezbollah chief Sayyed Hassan Nasrallah has rejected the STL, describing it as an American-Israeli conspiracy against his party. He has vowed never to cooperate with the tribunal, saying that the suspects will never be found.