Tight security in Lebanon ahead of Christmas, New year 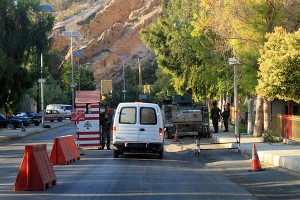 The Lebanese Army and the Internal Security Forces have boosted security measures in the country ahead of the Christmas and New Year holidays particularly around places of worship and shopping centers.

The country’s security forces have gone on high alert amid the worsening security situation in the country, with the army and Internal Security Forces all announcing earlier in the week that they would deploy in a bid to prevent attacks.