US Senate condemns Iran's persecution of its Bahais 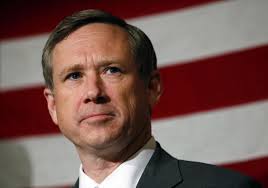 In a resolution approved unanimously yesterday amid a flurry of activity before a holiday break, the Senate called on Iran to free seven Bahai leaders among other detained members of the religion, including 12 educators.

The Senate “condemns the government of Iran for its state-sponsored persecution of its Bahai minority and its continued violation of the International Covenants on Human Rights,” said the resolution, the latest in a series of similar appeals from the US Congress.

Iran’s clerical regime allows religious freedom for several minorities but targets the Bahai faith. Bahais consider Bahaullah, an Iranian born in 1817, to be the latest prophet sent by God, a major divergence from Islamic orthodoxy.

The Bahai faith, which believes in equality among religions and between men and women, has its global headquarters in Haifa, Israel. While the site predates the Jewish state’s 1948 creation, Iran’s judiciary accused seven Bahai leaders of “spying” for arch-enemy Israel when it handed them 20-year prison terms in 2010.

The Senate resolution was passed without controversy as lawmakers debate whether to impose new sanctions on Iran, whose new, more moderate government last month struck a six-month agreement with world powers to freeze its nuclear program.

Obama yesterday urged Congress not to impose new sanctions, saying tough measures were already in place and that it was important to test engagement.

The resolution on the Bahais was introduced by Senator Mark Kirk, a staunch critic of Iran who is pushing to impose greater economic pressure, with the support of senators who back Obama’s push for diplomacy.